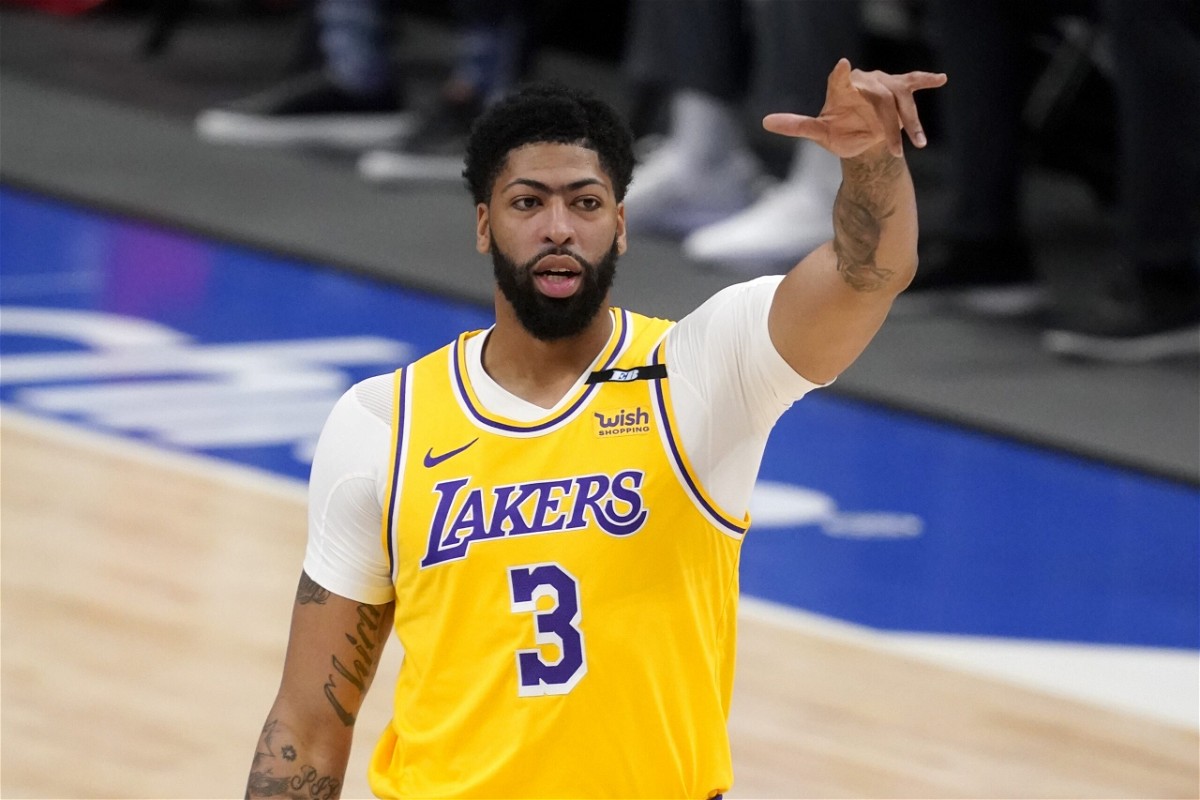 The Los Angeles Lakers came into this season looking like front-running contenders. The greatness of LeBron James and perennial All-Star, Anthony Davis was being bolstered by the acquisition of former MVP, Russell Westbrook. But the season has not quite panned out the same. Rather, expectations have had to be watered down to a Play-In survival.

Among the many reasons for the Lakers’ poor season has been their newest point guard, Westbrook misfiring heavily. But undoubtedly, the prolonged absences of Anthony Davis have also played their part. A slew of various injuries has forced AD to miss much of the season, including his latest foot sprain suffered in a game against the Utah Jazz.

The Lakers All-Star has only played 37 games this season and managed a decent return by his standards. He has averaged 23.1 points and 9.7 rebounds per game. He last played 17 minutes against the Jazz on 16th February and had 17 points to his name before he had to exit due to injury.

Anthony Davis will return before the Play-In Tournamnet

An evaluation was scheduled by the Los Angeles Lakers for 4 weeks later, thus setting the timeline for his return to a month. In the latest from the Lakers camp, coach Frank Vogel confirmed that Davis will begin shooting practice this week.

“In terms of what his plan is, he’s gonna begin on-court work tomorrow with spot shooting. And we’ll see how that goes in terms of ramping up activity and we’ll just have to see how it’s responding.”

This indicates that the recovery is on track for AD. He himself sat down to give his thoughts on his return and the recovery process.

“I feel good. The swelling has definitely decreased, the function of my foot has increased. That was the main thing, trying to get that swelling down on the strain of the muscle.”

He further outlined his approach to returning to the court, “We’re moving in the right direction, every day. I was able to get out of the boot, put a shoe on. And then got cleared today to do some shooting.”

Davis’ optimism about the Lakers’ circumstances highlight how he himself is targeting a return to align with their playoff hopes. And a potential rematch of last year’s playoffs with the Phoenix Suns.

“Whether We’re the No.2 Seed or No.3 Seed, We’re Going to Win a Championship”- Draymond Green Makes Bold Predictions For the Golden State Warriors This Season