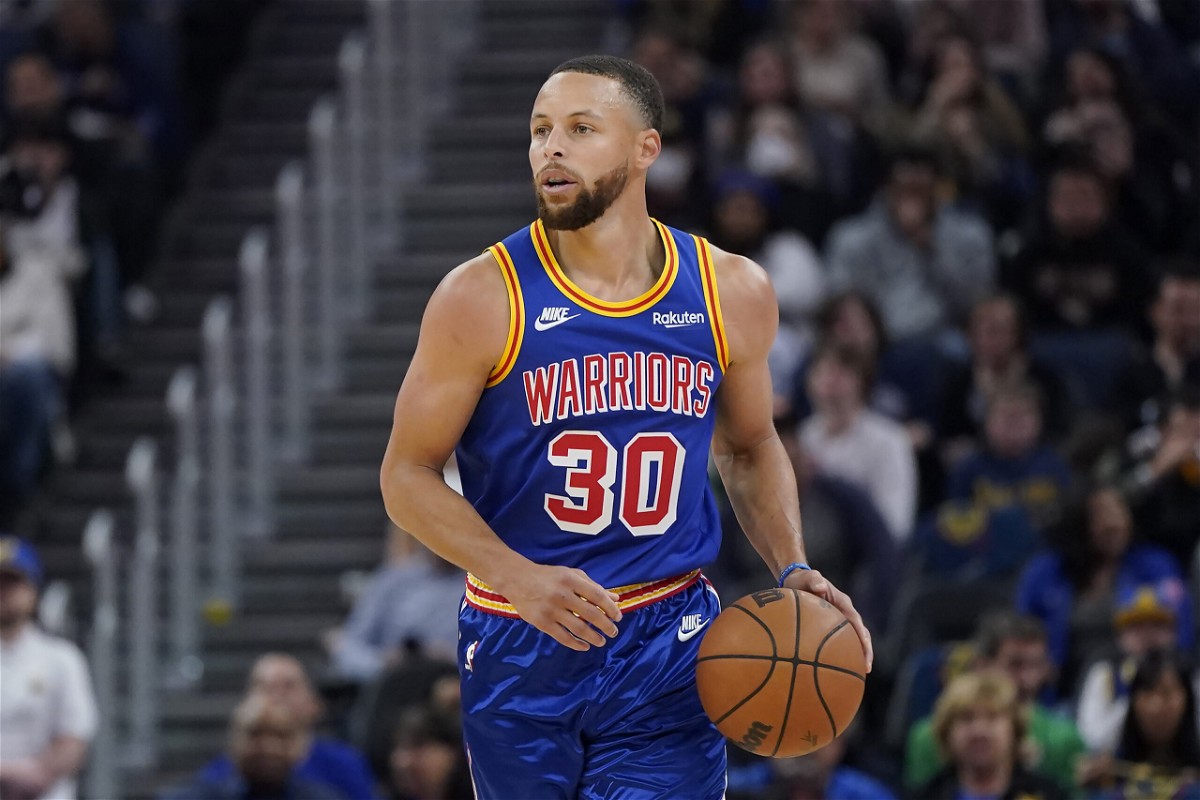 Golden State Warriors guard Stephen Curry brings the ball up during the first half of the team's NBA basketball game against the Boston Celtics in San Francisco, Wednesday, March 16, 2022. (AP Photo/Jeff Chiu)

Stephen Curry is undoubtedly the face of the Golden State Warriors, and possibly their best player ever. Since he was drafted in 2009 by the Warriors, he has quickly established himself as Chase Center’s main man. This season has been no different for the 2-time MVP, as he followed up a dismal previous season for his team with some incredible form in 2021-22 to kickstart their return to the top of the NBA.

Although the Warriors slumped to the Play-In positions last season, Steph himself led the league in scoring with 2015 points at a rate of 32 points per game. This season has been no different. Curry is averaging 25.5 points per game, with 6.3 assists and 5.2 rebounds. And has led the Golden State Warriors to the 3rd seed in the Western Conference.

In a game against the Boston Celtics at the Chase Center on 16th March, Curry could only manage 14 minutes. As he had to check out due to an injury sustained to his foot.

Steph came up limping after fighting for a loose ball pic.twitter.com/hOjIvE2f8k

The injury was set to be evaluated 2 weeks later, as reported by the Warriors.

When is Stephen Curry returning?

With the Warriors having lost the second seed to the Grizzlies and fallen behind by 4 games, they are in dire need of Curry’s return.

Since losing Steph Curry to a foot injury, GSW defensive rating has plummeted, allowing 117 ppg to opponents in the last five game. They are also 1-4 ATS in first half in the last 5.

Their defensive structure has been compromised as the Warriors average a 117.0 defensive rating over their last 5 games in Steph’s absence. And needless to say, the offense has also missed his output.

Steve Kerr talked to Steph Curry yesterday. He said Curry is still in rehab stage of his foot recovery. Not yet on the court. Here’s the full update. pic.twitter.com/dBL6t3p6R1

“I talked to Steph yesterday, and he’s still sorta in the rehab stage. He’s not on the court yet, but everything is going well. They’re gonna be cautious and make sure everything is on order by the time he really gets back on the court and starts getting after it. That hasn’t happened yet, but it shouldn’t be too far off.”

It is expected that Stephen Curry will definitely make a return to the court before the regular season ends. Warriors fans will welcome his return with relief as their team looks like a shadow of the team that put the league on notice to begin the season. Curry’s return will also bolster their playoff run ambitions.