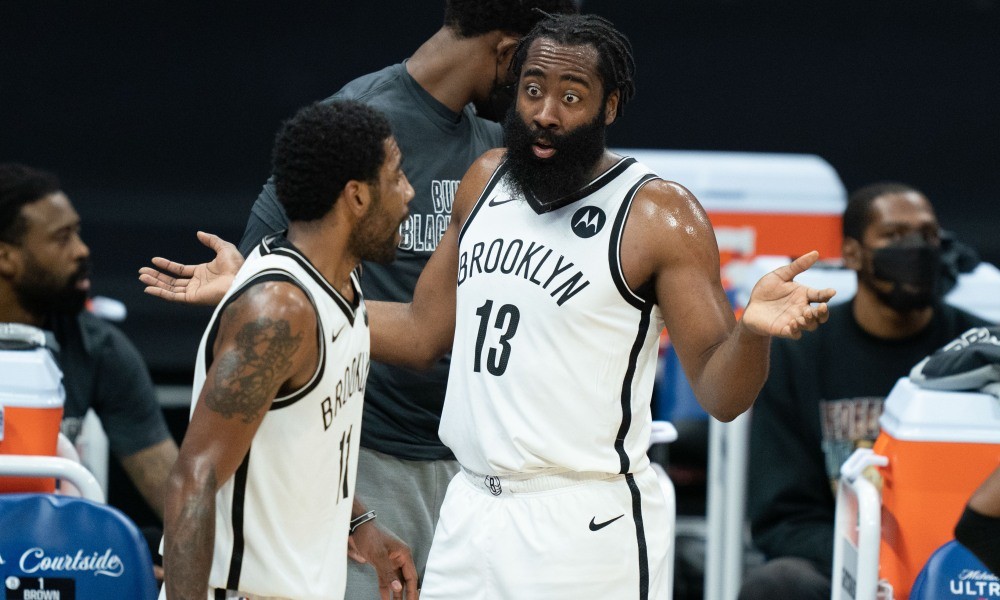 The Brooklyn Nets have been pushed off a cliff when you see how they’ve been playing.  This is all is a direct result of their Big 3 not being able to play games. However, will James Harden and Kyrie Irving be playing against the Washington Wizards tomorrow?

10 games ago, on the 19th of January 2022, the Brooklyn Nets had a record of 28-16. An extremely respectful record for a team focused more on the playoffs. However, in the last 10 games, the Nets have won only one of them and currently are on a 9 game losing streak. The longest in the NBA at the moment.

With Kevin Durant out until at least the All-star break, the Brooklyn Nets have to get wins without their best player. However, with the sheer amount of talent they house that should’ve not been a problem. But where one problem ended another one begins. Due to Kyrie Irving’s stand on the Covid-19 vaccine, he is not permitted to play in any home games. That’s one more star out for the count.

Now if that was not bad enough, James Harden is having serious issues with the Nets and does not plan on re-signing this offseason. That creates so much more tension in the locker room. And to add the cherry to this dumpster fire is the fact that James Harden has been sat out for the last 3 games with a hamstring injury.

According to the injury report, James Harden will be Out against the Washington Wizards and miss his 4th straight game. However, as the game will be played in DC, Kyrie will be suiting up for the Nets.

Kyrie is the 2nd leading scorer for the Nets with 23/5 and 5 but has also played the least games among all starters. This game is a much-needed win to end the losing streak. And as Bradley Beal is out for the season, their chances to win are more but if they lose it will be that much more humiliating.

Struggling Nets will get Kyrie Irving back versus Wizards https://t.co/OCaJfJ0HNF pic.twitter.com/996Zy3xCGB