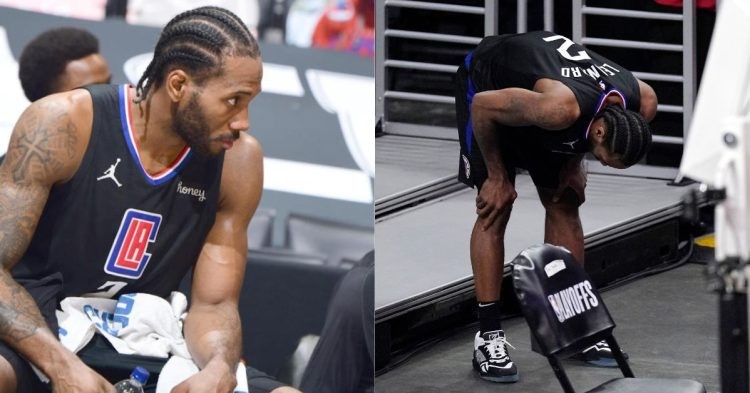 The Los Angeles Clippers had yet another unsuccessful season last year after acquiring Kawhi Leonard and Paul George three years ago. However, they had a real shot at the title only once in these three years. The Clips have been riddled with injuries, the most significant being Kawhi’s.

The Klaw has spent more time off the court in rehab than on it. But he never fails to amaze NBA fans when he steps on the floor. The 2019 buzzer-beater against the Philadelphia 76ers is still remembered as one of the most iconic moments in the playoffs. However, the Clippers stint seems to have been cursed so far with multiple injuries.

Fans have been patiently waiting for the new season to begin for the past three months. The wait is finally over as NBA returns this week and there is a high probability of Kawhi Leonard returning in the preseason itself.

The Lakers vs Clippers debate subsided after one season but with both teams coming back healthy, the city of Los Angeles will have to choose a side yet again. Kawhi Leonard is set to return this season alongside Paul George to make an honest attempt at the title.

The Clippers are set to play Portland Trail Blazers in their first matchup of the preseason on October 4th and fans are hoping to hear Kawhi’s name in the introduction after a long time. He has been struggling with the ACL injury for years now but got enough time off the court to heal. The Klaw might be a little rusty in the beginning but this isn’t unknown territory for him.

Kawhi won a championship with the Toronto Raptors after a career-threatening injury in 2019 and is perfectly capable of repeating that feat. In addition, the Clippers bench has displayed its resilience last season when PG and the star forward were sidelined. With a deep bench and incompetent city rivals like the LA Lakers, they’re a massive threat this season.

Leonard was cleared for 5 on 5 action earlier last week and is listed on the training camp roster as well. The preseason might be the best place for him to get comfortable and prepare himself for the regular season in October.

However, Ty Lue will not haste his return if the 2x Finals MVP is not ready for the heat. But it’s highly likely that the Klaw will test the waters next week against Damian Lillard and co in Preseason.