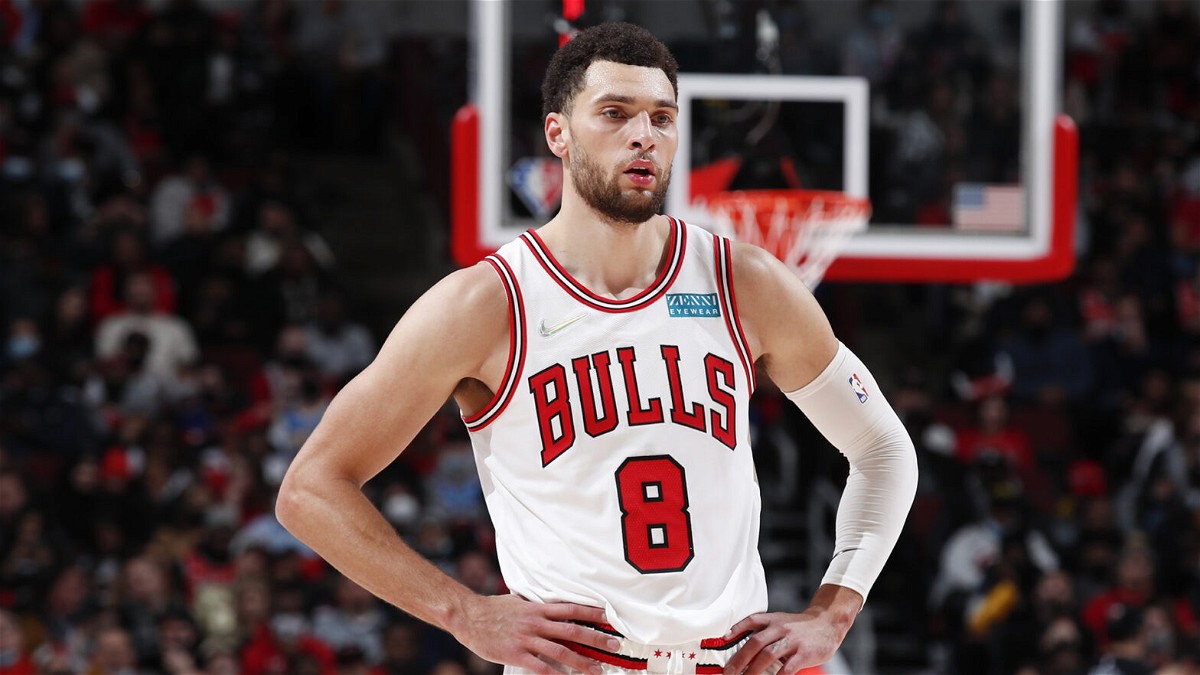 The Chicago Bulls have the joint-best record in the East at the moment. This was always expected to happen due to their amazing off-season. However, no matter how good a team might be on paper, the length and toughness of the season will always affect a team. For the Bulls, it’s injuries. Injuries in Lonzo Ball, Alex Caruso, and Zach Lavine.

Zach Lavine and Demar DeRozan will be the first Bulls duo to make an all-star team in a while. It is completely deserved purely on how they have been demolishing teams consistently. But, there is a chance that Lavine might not take part in the coming weekend’s festivities.

Zach LaVine missing the all-star game is a possibility

On January 14, 2022, the Chicago Bulls played the Golden State Warriors. They not only lost the game but also lost Zach Lavine. Lavine injured his left knee. However, an MRI showed that it was nothing serious. He still sat out the next 5 games to ensure the injury did not get worse. He then made a return and continued his exceptional point-scoring barrage but still feels he’s not fully recovered yet.

It’s a big priority for Lavine to make sure it is all okay. Therefore, he will be flying to Los Angeles and taking a second opinion from a specialist. With the All-Star weekend fast approaching Lavine will be sitting out the games against the Spurs and the Kings. He genuinely wants to participate in the 3 point contest and the All-star game and will not play those games in precaution of that.

After he meets with the specialist, it could also determine if it would be advisable for him to play in the All-star game. As we all know, a lot of players would focus on their chances in regular-season success over the All-Star game. The Bulls are number one but they would need Lavine to stay in that position and compete.

Lavine is currently averaging 25 points, 5 rebounds, and 5 assists this season. Will Lonzo and Caruso be out for at least a couple more weeks, the guard depth is extremely thin and therefore need Lavine to be healthy post the All-Star break.

Will Zach Lavine be healthy enough to play in the All-Star game? or will he sit out to make sure the Bulls have the best chance to win? Either way, we know that Lavine will be putting on a show where he plays.