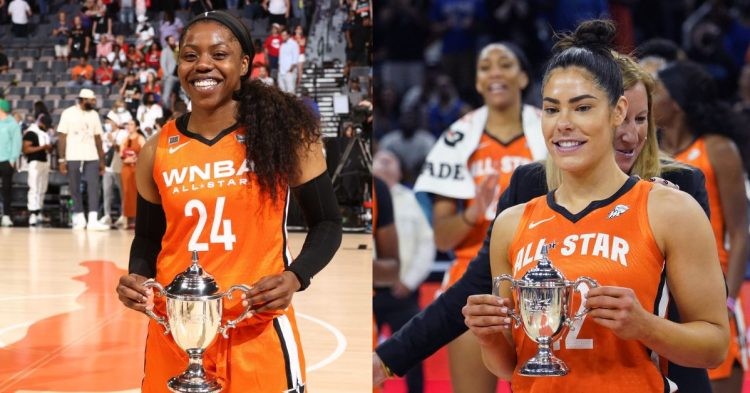 We are familiar with the accomplishments of NBA superstars like LeBron James. Many NBA fans have already heard about the WNBA. It is a division for women basketball players and is affiliated with the NBA. Some people would be interested to know the WNBA finals occurred recently.

The Las Vegas Aces managed to defeat the Connecticut Sun and secure the first title in their franchise’s history. This is quite an impressive achievement. However, some will always look to criticize what they are not familiar with.

Some NBA fans recently trolled the state of the WNBA regarding the sizes of the trophies. It is important to know if there is any validity to these tweets and more context to the situation.

This is quite an awkward situation. We all know the NBA is a very successful business. However, the same cannot be said for the WNBA. There is no disrespect for women involved here. Modern-day sports fans are simply not satisfied with the level of play and athleticism that women show in the WNBA. This is because they cannot dunk among other things.

The WNBA conducted its all-star game in Chicago this year. Kelsey Plum scored 30 points in this game to win the all-star game MVP. However, the trophy’s size is simply ridiculous, to say the least. As a result, WNBA journalist Brie Lewerke shared a tweet on the WNBA all-star game trophy size.

She went on to share a message, “WNBA gotta invest in bigger trophies we’re begging you (crying emoticon)”.

Kelsey herself was quite unhappy with the standard of the award delivered by the NBA. However, maybe people have a tendency of taking things for granted. In this world, we have grown attached to materialistic things and “how they look”. Therefore, if it was not the trophy people would find something else to draw a comparison to.

We should hope female players don’t let things like this get to their heads and play for their love of the game. After all, they are quite fortunate to be able to do so.