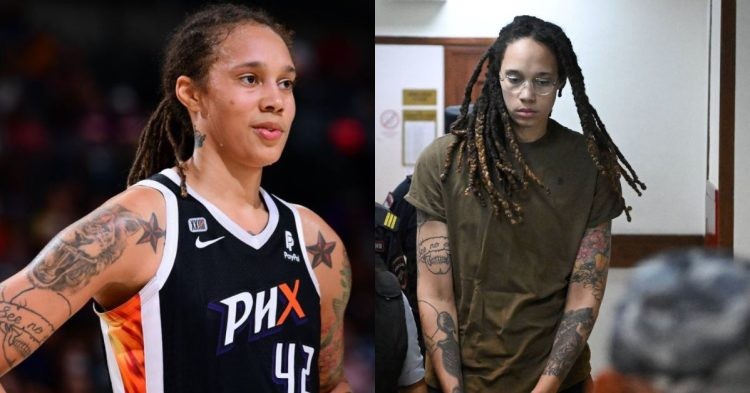 USA has finally managed to secure the release of WNBA star Brittney Griner. After spending almost 10 months in prison in Russia, Griner has finally returned home. The president, Joe Biden announced it to the world when he said he had just spoken to the Phoenix Mercury player and she was on the way back to the US last night. Her wife, Cherelle, has spoken out amid the criticism from fans as well.

In the images, Griner looked pale and derived when she was on the plane. If we are being honest, it is justified that she doesn’t look like her usual self. After all, she has just come out of jail, which she spent her time in, surrounded by people she had connections to.

The USA has exchanged arms dealer Viktor Bout for Griner. It seems like that was the only way they could secure her release after such a long time. However, there are fans who aren’t huge fans of that. This is the case even though her release was sought-after by thousands of Americans.

Where was Brittney Griner born?

Brittney Griner was born in Houston, USA. Her father, Raymond, was a county’s deputy sheriff and a war veteran as well. She has mentioned that this has always prompted to keep her country at a high level. However, despite all this, many believe that Griner is anti-American. After her release, there were people who took to Twitter to express how unhappy they were with Brittney’s release.

I have seen reports that they had the choice to select former US Marine Paul Whelan and went with the anti-American drug using WNBA basketball player.

A user tweeted, “I have seen reports that they had the choice to select former US Marine Paul Whelan and went with the anti-American drug using WNBA basketball player.”

Trading the *Merchant of Death* for Brittney Griner a anti American from a Russian prison is nothing more than a slap in the face to those who love America !!

Brittney Griner had a advantage of living in solitary confinement without human contact by having played in the WNBA.

I kid I kid, because she’s an anti-American jerk.

Weak Joe Biden brings home anti-American Brittney Griner from Russia. The price he paid for her freedom was releasing arms dealer Viktor Bout, one of the most dangerous men in the world. A US marine, Paul Whalen, was not in the deal and was left to rot in a Russian prison. pic.twitter.com/eFEI656oNz

Joe Biden gave up a Russian terrorist in exchange for anti-American WNBA player, Brittney Griner. Should US Marine Paul Whelan still be in a Russian prison?

What do both prisoners have in common? They both hate America. Washington DC is full of clowns! 🤡

One might wonder there is a large group of people claiming that Brittney is against America. To answer that question, we would have to go back to 2020, when Griner angered thousands of Americans. For context, she came out and said that the United States’ national anthem should not be played before WNBA’s games.

She did mention that she meant no disrespect to the country and highlighted that her dad was represented the country’s law system and war efforts. However, despite that, it seems like her comments from a couple of years ago have come back to haunt her. Many believe the USA should not have swapped her for Viktor Bout, especially considering the fact that they believe she’s “anti-American”.