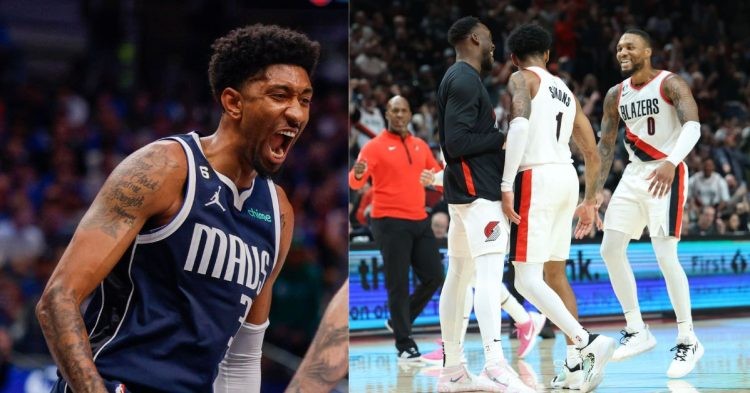 Luka Doncic and the Dallas Mavericks will face Damian Lillard and the Portland Trail Blazers tonight. It looks like Chrisitan Wood being injured has finally slowed the pace of the Mavs who currently hold a record of  6 wins and 5 losses.

The Dallas Mavericks have lost two games in a row to noncontending teams. They were defeated by the Orlando Magic and Washington Wizards heading into this game against the Blazers. It looks like the hot scoring streak that Doncic began this NBA season with has finally come to an end.

Christian Wood was added to the Mavs in order to provide Doncic with the help required to make a deep postseason push. NBA fans will be wondering if he will be playing tonight against Dame and the Blazers. We should have an expected idea of the rosters on both sides as well.

Mavs fans were certainly disappointed to see Luka’s scoring rampage finally come to the end. Moreover, at the hands of bad teams. Be that as it may, there is a bit of good news for them as Christian Wood’s injury status has finally changed to probable for tonight.

We remember that he was listed out for several games now due to a knee injury. Now that he is back, the Mavs will certainly be a better rebounding team if he does indeed play. It will come down to the matchups on the court. Here are the injury reports and expected rosters for both sides

As you can tell, The Trail Blazers have many more players listed out in comparison to the Mavericks. Finally, let us look at the expert picks and predictions for this game.

There is certainly no arguing that the Portland Trail Blazers are playing better winning basketball, compared to the Mavs. Portland currently holds a record of 9 wins and 3 losses, one of the best in a competitive western conference.

Nonetheless, we feel that Luka and Wood will be able to win this game simply due to the amount of star talent on the team. Moreover, they are comparatively younger than the Blazers star Damian Lillard. It is completely possible for them to pull a win out against Portland in tonight’s game.
Tags: Christian WoodDallas MavericksNBAPortland Trail Blazers
Previous Post