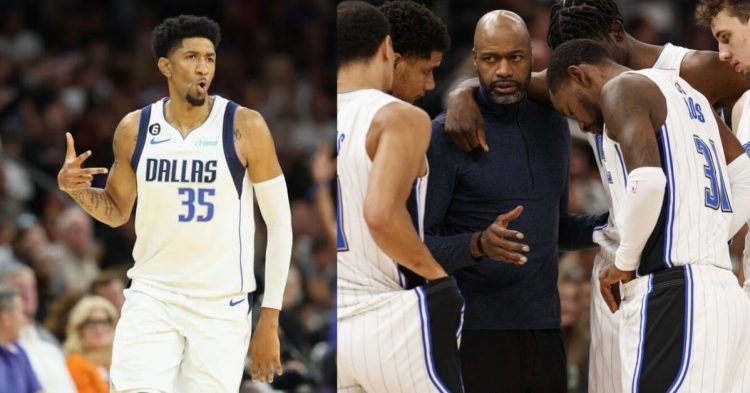 Thanks to an incredible start to the 2022-2023 NBA season by Luka Doncic, Christian Wood and the Dallas Mavericks currently hold a record of 6 wins and 3 losses. Heading into their 10th game of this season against the Orlando Magic, they are currently on a 3-game winning streak and just recently defeated Kevin Durant and the Brooklyn Nets.

The Orlando Magic are a very inexperienced team and are a bottom-seeded eastern conference team. They hold a record of 2 wins and 9 losses, the worst in the league. Paolo Banchero is putting up exceptional numbers for a rookie. However, that is yet to translate into wins.

Dallas added Christian Wood to the roster this NBA season. We have a lot of “Shaq and Kobe-like” basketball to see between these two. With that being said, we should wonder about Wood’s and the other players’ availability for this matchup. This will also help us understand what the roster could look like.

Unfortunately, it seems we will have to wait a little bit longer to see Christian Wood back on the court for the Mavs. He is listed as out due to a sprained left knee and will almost certainly not play. This means that the Dallas Mavericks will be losing a significant interior presence on both defense and offense.

Luka Doncic has been sensational for his team to start off this season. However, if their team lacks a powerful big who can protect the rim, they might just lose to Paolo and the Magic. Thankfully, the Mavs have JaVale McGee, a  player who can do just that. Here are the expected rosters and injury reports for both sides.

To those who are wondering and confused, Banchero has been listed as questionable for this game against the Dallas Mavericks and diagnosed with a left ankle sprain. However, he might still play in this game.

It seems the Magic made the right decision in deciding to draft Paolo over Chet Holmgren. He is averaging 23.5 points, 8.3 rebounds, and 3.6 assists so far in his rookie season. However, he already lost once to the Mavericks when they faced off earlier this season.

Luka went off for a monster 44-point game in that match. If the Magic do not have a scorer who can keep up with Doncic, they will be expected to lose this game, whether Christian Wood plays or not.
Tags: Dallas MavericksLuka DoncicNBAOrlando Magic
Previous Post