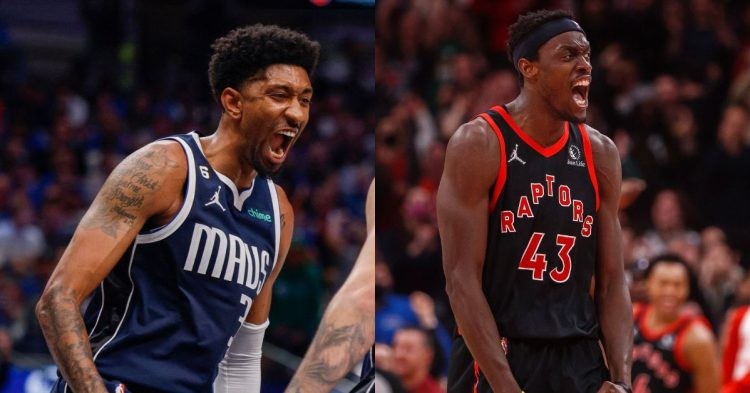 Christian Wood and the Dallas Mavericks have been showing glimpses of how good they can be this season. The team started with a record of 4 wins and 3 losses, throughout this stretch Luka Doncic became the 3rd player in NBA history to score 30+ points in 7 straight games to start the season.

All of this while averaging 9 RPG and 9 APG. Insane. pic.twitter.com/oXXtaoDJLY

Wood has also been amazing off the bench, he is averaging 25.8 points over the last 5 games and has shown no signs of slowing down so far. Even though it is still early in the season, Wood is already looking like a favorite to win 6MOTY.

The Raptors on the other hand have been amazing as well with a record of 5 wins and 3 losses. Pascal Siakam has been amazing for the Raptors and currently leads the team in points, rebounds, and assists. Friday’s showdown against these two teams is all set to be an amazing watch!

The Mavericks will not be at full strength for this game, they will be missing out on some shooting off the bench as both Frank Ntilikina and Davis Bertans are out with injuries.

The Raptors on the other hand appear to be fully healthy with just one player on the Injury Report, who is stated as questionable for their game against the Mavericks.

Christian Wood who currently leads the NBA in 20-point games off the bench will need to continue his string of amazing performances for the Mavs to have any real shot at beating the Raptors.

Leads the NBA in 20-point games off the bench. pic.twitter.com/lfKPfyyLTw

The Raptors will also have to continue playing solid defense as always to hold out against the NBA’s leading scorer, Luka Doncic. Pascal Siakam and Doncic going head to head on Friday will be a sight to behold.