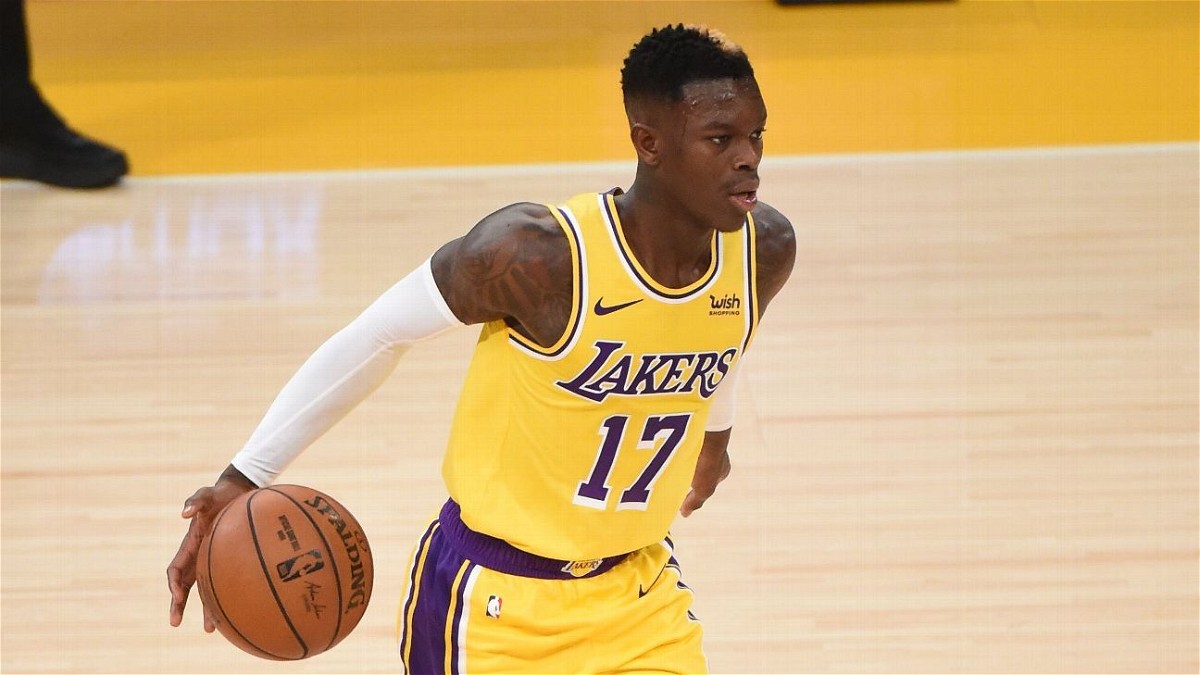 Dennis Schroder started his NBA career as the 17th pick in the 2013 NBA draft and he dawned the Hawks jersey in his rookie season. He did not exactly live up to his hype and his playing minutes were also cut and he was sent to the NBA development league.

On return, He went on to score a career high 22 points in a win over the Dallas Mavericks and was also called ‘Young Tony Parker’ by analysts from ESPN. His breakout year came in the 2014-15 season.  His career went up hill when he signed his four year extension contract with the Atlanta Hawks and he had a career high of 41 points that came against the Utah Jazz.

Dennis Schroder also dawned the Oklahoma City Thunder jersey from 2018 to 2020 and had a fairly decent run with them. But his biggest gift was the trade made on November 18th 2020. Dennis Schroder was traded to the Los Angeles Lakers in return for Danny Green and the draft rights to the first round pick.

He had a 14 point, 12 rebounds, 8 assist game on his debut for the Los Angeles Lakers. However this point guard is back in the news not for a career high but because of a move he pulled on his Instagram.

Is Dennis Schroder Moving From The Los Angeles Lakers?

Dennis has removed “PG for the Los Angeles Lakers 🟣🟡” from his bio 😬 pic.twitter.com/WnX0G49CIg

Dennis Schroder is entering free agency and it looks like he already might have a team that wants to pursue him . The Miami Heat are looking to sig a point guard. they feel that they require one after they got swept by the Bucks in the first round of the NBA Playoffs this year. Schroder might be a good addition to the heat squad and we’ll have to wait and see the contract that the Heat are willing to offer Dennis Schroder.