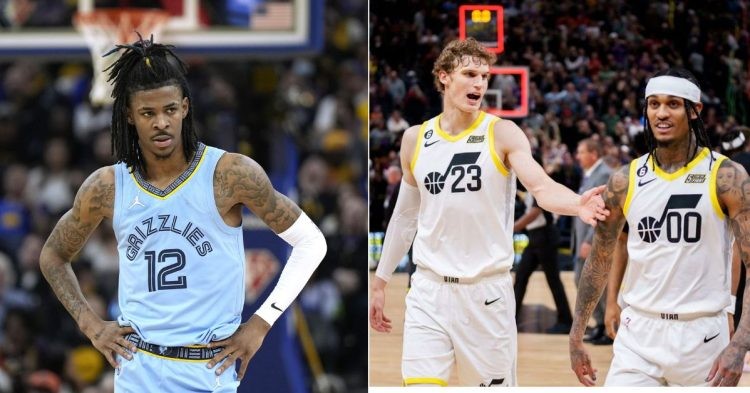 Ja Morant and the Memphis Grizzlies have started off the 2022-2023 NBA season well. They currently hold a record of 4 wins and 2 losses. The Grizzlies will face the Utah Jazz, a team that has surprised the NBA world with a good record this season. They traded both Donovan Mitchell and Rudy Gobert and were considered to be one of the rebuilding teams.

However, the Jazz currently has a record of 5 wins and 2 losses. One of the best in the Western Conference. Jordan Clarkson and Colin Sexton deserve credit for getting Utah off to a good start. They will be tested thoroughly by the Memphis Grizzlies.

One should wonder what this matchup between both teams will look like and what the availability status of the players is.

Ja Morant is listed as questionable for the Memphis Grizzlies

Ja is a budding superstar in the NBA. He has turned the Memphis Grizzlies into conference contenders. However, he is listed as questionable for this game due to an illness. We still live in the post-pandemic era. Therefore, he might not play in this game.

The Utah Jazz currently has the better record. They will look to hold it against the Grizzlies especially if Morant is unavailable for the game. He is the only player that is the clear-cut best on the court in this matchup. Here are the injury report and expected rosters for both sides.

This is actually a revenge match. The Utah Jazz and Memphis Grizzlies are playing back-to-back games in a mini-series during the regular season. Utah won their last game in a narrow 124-123 win. Be that as it may, Ja Morant did not play in that game.

If he returns to the lineup, the Grizzlies have a much better chance of winning this game against the Utah Jazz. However, all of this rests on the availability and health of Ja. If he is truly unwell, the best thing to do is to sit out for a few games until his health gets better.
Tags: Ja MorantMemphis GrizzliesNBAUtah Jazz
Previous Post