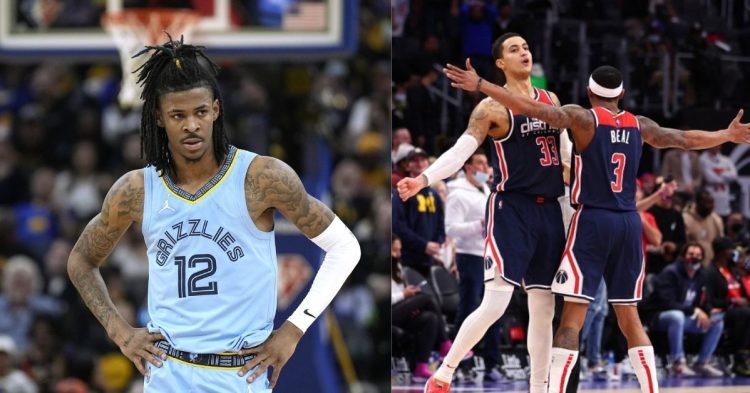 Ja Morant and the Memphis Grizzlies have started off the 2022-2023 NBA season well. They currently hold a record of 6 wins and 3 losses, ranking them 3rd in a competitive Western Conference. We all know what Morant is capable of. He is averaging 29 points, 7 assists, and 5 rebounds so far this season. Additionally, he is shooting a ridiculously efficient 51% from the field and 50% from the three-point line.

The Grizzlies will face the Washington Wizards for their 10th game of the NBA season. Bradley Beal, Kyle Kuzma, and their squad currently hold a record of 4 wins and 5 losses. As both these teams match up, we should look at the injury status of players on both sides, expected rosters, and predictions for this game.

We all know how important a role health and injuries play in determining the flow and success of a team. People should know that the Grizzlies are missing a young player in Jaren Jackson Jr. He is only 23 years old and has the potential to become a solid NBA center. He averaged 16.3 points and 5.8 rebounds last year with the Grizzlies.

However, he has recently undergone surgery this NBA offseason and is yet to step onto the court for his team. To those interested, Jackson underwent surgery to address a stress fracture in his foot. Since he will not be playing, we should look at the other players on the injury report and rosters for both sides.

To those who might be wondering, Bradley Beal has been listed as out for this game because he entered the NBA health and safety protocols. It is still unclear if he is suffering from the coronavirus and could still play. However, it looks quite unlikely.

There is no arguing that the Wizards have gotten off to a decent start this NBA season. However, they will be the clear-cut underdogs in the match against Ja Morant and the Grizzlies. This is because one team made it to the second round of the Western Conference last season, while the other didn’t even manage to make the playoffs.

Thus, even without Jaren Jackson Jr, the oddsmakers predict Memphis will come out on top in this match. Moreover, if Beal does not play, this improves the Grizzlies’ chances greatly.
Tags: Ja MorantMemphis GrizzliesNBAWashington Wizards
Previous Post