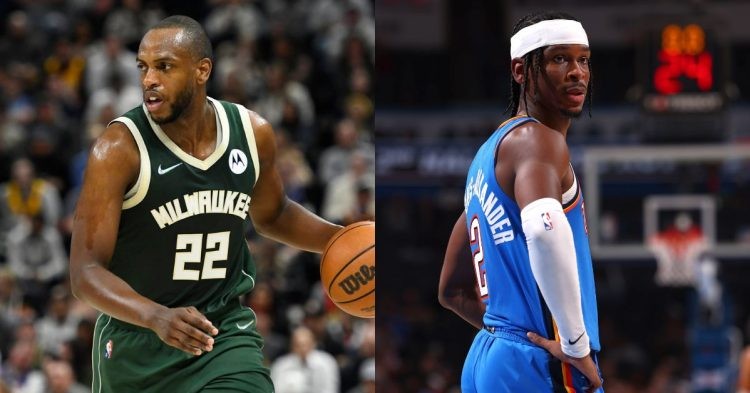 The Milwaukee Bucks have hit the ground running and have been rolling through the NBA throughout their first 8 games. The team is off to a perfect start with 8 wins, and what’s more surprising is that Joe Ingles and Khris Middleton are yet to participate in their games. Giannis has been posting absurd numbers game after game on his way to the top of the MVP ladder.

The Bucks are 7-0. Khris Middleton hasn’t even played a game yet. pic.twitter.com/8AAh4xiICV

The Thunder, on the other hand, hasn’t been too bad either. The team has gotten off to a decent start with 4 wins and 4 losses, and with the number of young guys that this team has, their record is pretty good. The Thunder were poised to be a lottery team at the start of the season but Shai Gilgeous-Alexander seems to have other plans.

The Bucks will be missing 2 of their best 3-point shooters against the Thunder, but that has been the case for them through all 8 games. This team is undoubtedly gonna be scary when Middleton and Ingles are cleared for action.

The Thunder on the other hand will be missing their lottery pick Chet Holmgren who is currently out with a foot injury.

The Bucks are on a roll and are surely going to be a tough matchup for Oklahoma. However, if Shai can bring his A game against them then the Thunder might just have a chance at beating the bucks.

Shai has had an amazing season so far and is definitely the main reason behind the 4 Wins that the Thunder currently have. Shai and Giannis going head-to-head will definitely be an entertaining watch.