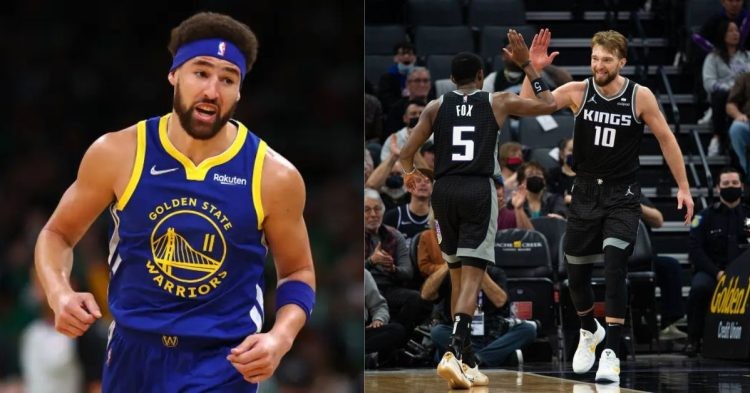 The Kings are doing well so far this NBA season. They currently hold a record of 5 wins and 6 losses. Considering that this is early in the season, the winner of this game will improve their record over the other in a competitive western conference.

With that being said, let us take a look at the injury reports and expected rosters for both the Kings and the Warriors heading into this match.

Despite the 2016 NBA Finals MVP’s extended absence, the core of the Warriors has been healthy so far this NBA season, Klay Thompson is one of the few players whose minutes were restricted heading into the season. However, that was merely for injury management purposes.

Just one name on the injury report for the Golden State Warriors going into tomorrow’s game against the Sacramento Kings.

The Warriors have struggled quite a bit so far this NBA season. Be that as it may, they are currently on a 2 game winning streak. GSW will look to extend it against the Kings. A game is decided by the players on the court and the instructions of the coaches. Here are the injury reports and expected rosters for tonight.

There is no player reported to be injured for the Sacramento Kings in their game against the Golden State Warriors tonight.

It looks like both teams look healthy for this match. Finally, let us take a look at the expert picks and predictions for the game.

Stephen Curry will have to carry the Golden State Warriors again

The Warriors are already being carried by Stephen Curry early into the NBA season. Additionally, they faced the Kings a few games ago and were victorious. However, Curry had to score 47 points, 8 rebounds, and 8 assists in that game to carry his team to a narrow 116-113 win.

Due to Steph’s unreal talent, we have to pick the Warriors again in this rematch between both sides.  We all know how rare it is to score more than 45 points in the NBA. Therefore, his team will definitely have to step up and give him the required support if they are to win this match.
Tags: Golden State WarriorsKlay ThompsonNBASacramento Kings
Previous Post

Who Is Tyrese Haliburton – College Record, NBA Team, and All You Need to Know About the Indiana Pacers’ Latest Addition