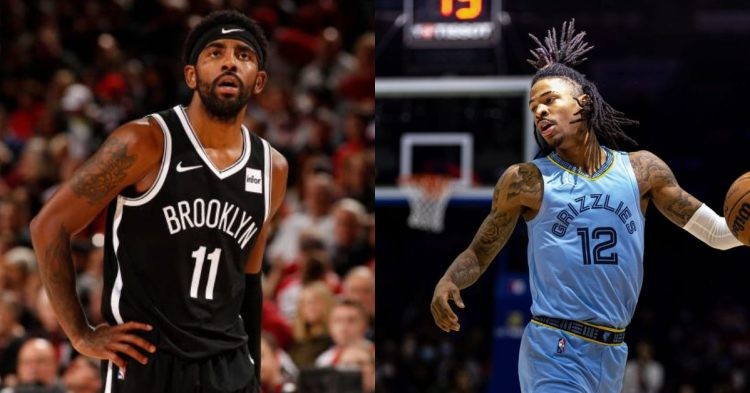 One of the most anticipated games today will be when the Memphis Grizzlies host the Brooklyn Nets at the FedExForum. The game will have a handful of the NBA’s finest Kyrie Irving, Kevin Durant, and Ben Simmons. On the opposite side, the Grizzlies have one of the best young players in the world right now, Ja Morant.

However, both sides are currently dealing with injuries to several players. When a team has players that are out due to injury, the stability and balance of the team are affected as the franchise will have to think about how they would fill in the holes on the team’s roster.

Can the Brooklyn Nets win against the Grizzlies with Kyrie Irving, Kevin Durant, and Ben Simmons?

The Nets have always faced plenty of bad luck when it comes to injuries to their players. It has not been any different this time around as well. They will be missing Seth Curry, T.J Warren, and Markieff Morris. Seth is currently unavailable due to an ankle injury. Warren will not play as he is still recovering from a foot injury. In addition to that, Morris is out because of personal reasons, according to reports.

The Nets are currently 1-1 in the NBA this time around. They lost the first game to the New Orleans Pelicans 108-130. However, the Kyrie and KD-led team bounced back against the Toronto Raptors. It was an extremely close game as the Brooklyn-based franchise won 109-105.

It seems like they will be facing the Grizzlies with all their might. The Nets will have their big 3 of Kyrie, KD, and Ben Simmons. The former Philadelphia 76ers star has not been able to get back to his old self since coming back from injury. He will be looking to bounce back in style tonight.

On the other hand, Ja Morant and Co. will be missing Dillon Brooks, Ziaire Williams, Jaren Jackson Jr, and Danny Green tonight. The Grizzlies team may not have the players they need but they do have Ja’s services at their disposal. Although the Nets’ star-studded roster might intimidate them, they have not been able to find the momentum so far this season.

Ja and the rest of the Grizzlies will be looking to take advantage of this, together with the fact that the Nets’ defense is not synced just yet. Morant is on exceptional form currently after averaging 34.3 points per game so far. He will surely be looking to continue that tonight.