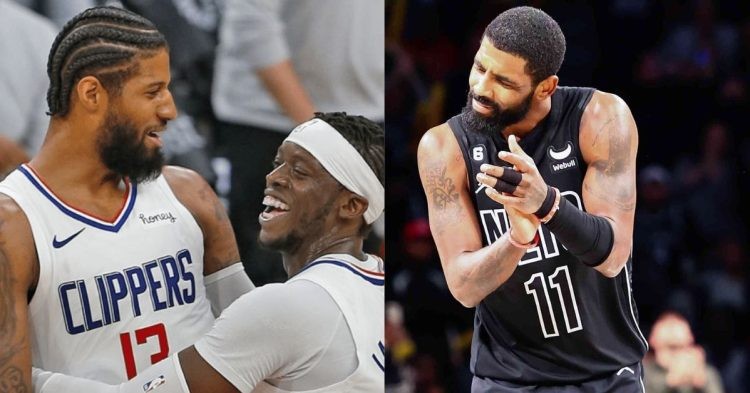 The Brooklyn Nets and Los Angeles Clippers face off tonight. Kyrie Irving and the recent controversies surrounding him have kept the NBA world engaged. He has been suspended until he commits to fulfilling certain criteria laid down by the Brooklyn Nets.

Therefore, we should wonder if Irving will suit up to play in this game against the Los Angeles Clippers. They are doing surprisingly well so far into this season despite not having Kawhi Leonard. Since two key pieces on either side will be missing, the coaches will have to decide what players should be on the court.

Some NBA fans might already be aware that the Brooklyn Nets have hired a new coach. Jacque Vaughn has replaced Steve Nash as the Brooklyn Nets’ head coach. With that being said, we should wonder about the availability status and injury reports for players on both sides.

While things might be looking better, he is still expected to miss this game. Therefore it will fall upon Jacque Vaughn to utilize his players and do the best with what he’s got. Here are the injury reports and expected rosters for the Nets vs Clippers game tonight.

Clippers fans will be disappointed to find out that Kawhi Leonard has been ruled out indefinitely. Additionally, there is no clear timetable for his return. Therefore, it will come down to Paul George, Reggie Jackson, and the rest of the squad to get this win.

Kevin Durant is playing winning basketball despite the problems surrounding his team. However, the Clippers will definitely pose to be a threat far greater than the New York Knicks. Additionally, Ben Simmons is yet to break out of his shell and truly perform.

Therefore, we feel that PG, Reggie Jackson, and the rest of the squad have what it takes to get the win. Moreover, they are coming off an exceptional game where they defeated the Cleveland Cavaliers 119-117. We look forward to this game between the Nets and the Clippers.
Tags: Brooklyn NetsKyrie IrvingLos Angeles ClippersNBA
Previous Post