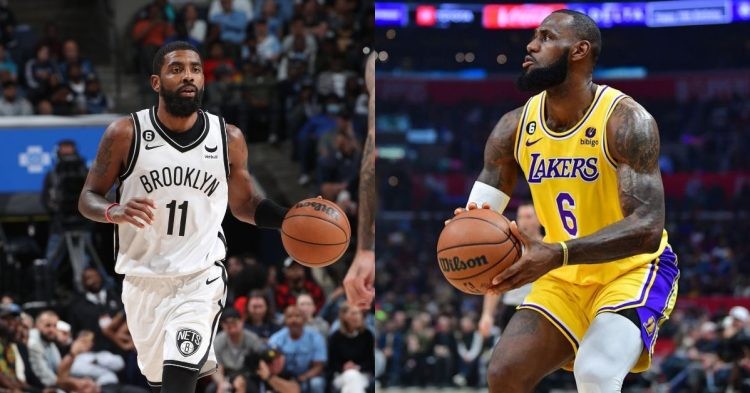 The Brooklyn Nets have had a slow start to their season winning just 5 out of their first 12 games. They haven’t had Kyrie throughout much of this stretch. In Kyrie’s absence, the entire offense is being run through Kevin Durant, who has been phenomenal for the Nets averaging over 30 points, 6 rebounds, and 5 assists per game.

The Lakers on the other hand have had an even worse start winning only 2 out of their first 10 games. With Anthony Davis not playing like his usual self and Russell Westbrook on the bench, there is only so much that an aging LeBron can do.

Irving whose talents are greatly required on the currently struggling Nets team is still serving his suspension, so he won’t be participating in tonight’s game. Apart from him Yuta Watanabe and T.J. Warren are also out.

The Lakers say LeBron James is doubtful for Sunday’s game against Brooklyn. pic.twitter.com/SLd07YdYN3

For the Lakers Cole Swider, Thomas Bryant, and Dennis Schroder are also out. In addition to that, LeBron James might not play as well since he is listed as day-to-day on the Laker’s injury report.

Despite The Lakers’ struggles, this might be a long night for the Brooklyn Nets

The Lakers will be trying to do their absolute best and break their losing streak. The Nets on the other hand are short-handed and are missing one of their best players. If Kevin Durant lets up even a little on offense tonight then the Lakers might just run away with the game. Either way, the fans of the NBA are surely gonna be in for a show tonight as Kevin Durant and his Nets face off against LeBron and the Lakers.