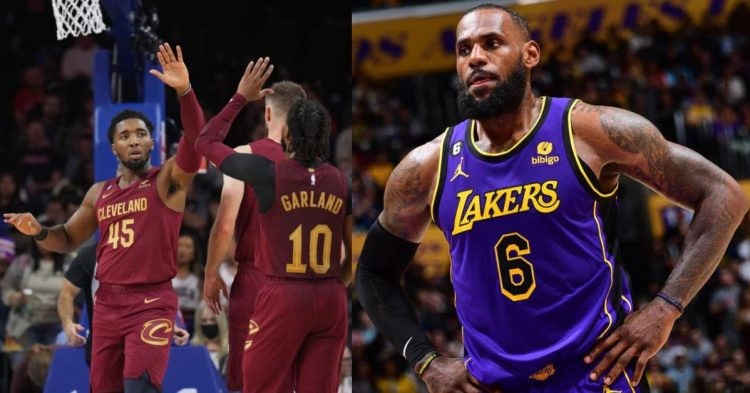 LeBron James and the Los Angeles Lakers have gotten off to a slow start in the 2022-2023 NBA season. They currently hold a record of 2 wins and 6 losses. This is despite changes to both the management and roster heading into this season.

The Lakers will now face King James’ former team, the Cleveland Cavaliers. The Cavs have become somewhat of a dark horse contender in the East. Especially after the acquisition of Donovan Mitchell from the Utah Jazz. They currently hold a brilliant record of 7 wins and 1 loss.

With that being said, we should look at this matchup and wonder about the availability status of players on both sides. Moreover, an expected idea of the rosters and a prediction for this match are always helpful.

While King James is listed as probable for the Cavs game, there is almost no doubt in our minds that he will play in this game for the Los Angeles Lakers. The team is struggling and losing for a variety of reasons. Most importantly, their bad three-point shooting.

LeBron is in Year 20 and seems to be relying on his three-point shooting more than ever. However, it would interest people to know that he has not made a single three-point shot in his 12 attempts over the last 2 games for the Lakers. This is a recipe for disaster as shooting is a prerequisite in the modern era of basketball.

The Lakers will need to surround him with shooters if they want to keep their postseason hopes alive. Here are the injury reports and expected rosters for both sides.

To those who are wondering, Donovan Mitchell is listed as questionable for a strained ankle for this game vs the Lakers. Additionally, Garland is listed as probable as well due to issues in his knee.

There is no denying that the Cleveland Cavaliers are playing exceptional basketball at the moment. However, they will find it difficult to win against the Los Angeles Lakers, especially if Donovan Mitchell’s injury does not let him play.

On the other hand, LeBron and the Lakers will be looking to prove that their bad record is nothing more than a slow start. Thus, they are predicted to win this matchup. Especially if both LeBron James and Anthony Davis are healthy.
Tags: Cleveland CavaliersLeBron JamesLos Angeles LakersNBA
Previous Post