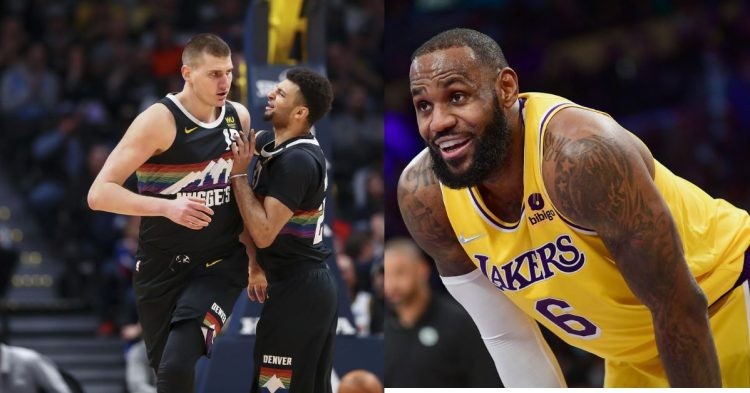 LeBron James and the Los Angeles Lakers have gotten off to a disappointing start for the 2022-2023 NBA season. Despite having made changes to both the management and the roster, the Lakers currently hold a record of 0-3. This is the worst record in the Western Conference and means an uphill battle from the start.

For their 4th game of this season, the Lakers will face 2x MVP Nikola Jokic and the Denver Nuggets. Despite the Joker’s individual success, his team struggled to make the NBA Finals without his co-star Jamal Murray. However, Murray is now back from his injury and rehabilitation period. Denver currently holds a record of 2-2.

We know that LeBron James is projected to surpass Kareem Abdul Jabbar as the all-time leading scorer in the NBA. However, if he wishes to compete for a title, he will have to listen to his body and not over-exert himself, risking injury. There are reports that he has injured\ strained his foot over the past few games.

The Lakers are currently a team struggling to get things going. While they have played badly as a team, there is no arguing that LeBron is still the best player on the team. He is averaging 27.3 points, 11 rebounds, and 7.3 assists. He is shooting an efficient 47% from the field so far. However, the King has shot badly from the three-point line and is currently at only 25.9%.

These numbers are still better than Russell Westbrook. He has undergone a lot of scrutiny for his play last season. He is listed as doubtful for the game with a hamstring injury. Be that as it may, we should still expect LeBron and AD to suit up for this game. Here is the injury report for the Lakers and what their roster could be.

LeBron and Anthony Davis are listed as probable for the Denver game. On the other hand, Russell Westbrook is doubtful and the rest of the players are listed out.

This should be quite an exciting match. Despite his flaws, the Lakers will be shorthanded without Russ and hungry for a win. On the other hand, Jamal Murray and Nikola Jokic want to prove they are legitimate contenders this season together.