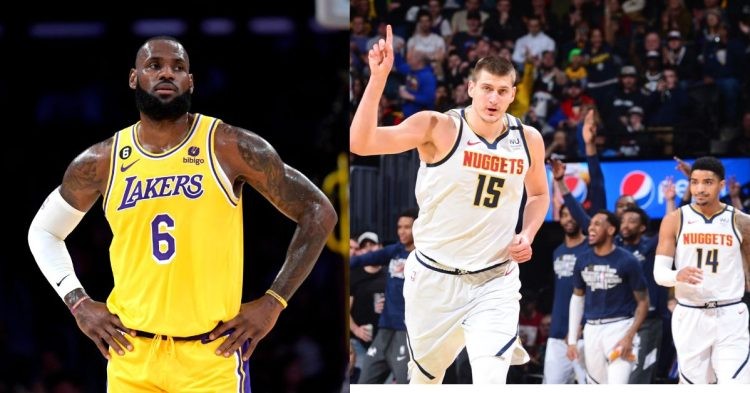 Things could not have gotten off to a worse start for LeBron James and the Los Angeles Lakers. They are currently the worst team in the Western Conference and have a  record of 0-5. This is only the beginning of the 2022-2023 NBA season and we have a lot of basketball ahead of us.

King James and the Lakers will face Nikola Jokic, Jamal Murray, and the Denver Nuggets desperate to win a game. With that being said, one may wonder what the availability status for players on both sides is and what the expected rosters could look like. More context to this matchup will also help fans understand these games better.

LeBron James has been unable to lead his team to a single win so far. This speaks to his decline in play and he has been subject to his fair share of criticism so far. However, perhaps we are simply expecting too much from a man who has been playing professional basketball for two decades.

The Lakers already played Jokic and the Nuggets once this season. The Nuggets blew out the Lakers and won the game 110-99. Moreover, Russell Westbrook did not play in this game due to a hamstring strain. Nonetheless, Los Angeles still lost that game and it feels like they have an uphill battle to fight.

Anthony Davis is looking just as injury prone as ever. He did not play in the Lakers’ loss to the Minnesota Timberwolves. If AD is not healthy and aggressive, the Lakers’ chances of winning diminish furthermore. His current status for the game is “questionable”.

This is also a revenge match for Jokic and the Nuggets, in a manner of speaking. They were eliminated by LeBron James and the Lakers in the 2020 NBA playoffs. Both teams have not faced off in the playoffs since then. The Joker will be looking to stamp another loss on the Lakers’ sad record.

Can the Lakers win their first game of the NBA season with Russell Westbrook?

There are a lot of things wrong with the Lakers. They cant score well, can’t defend well, or even keep up with faced paced teams. They have seen nothing but loss so far and are hungry for a win. LeBron and Westbrook are likely to play compared to Anthony Davis. Russ did not play in the first matchup.

In the event that Westbrook was what was missing for the Lakers, there is no better time for him to prove it. Even if he has a bad shooting night, it is likely LeBron will be very aggressive and desperate for a win. There is a saying that goes “nothing is more dangerous than a cornered animal”.

For that, and that reason alone, the Lakers could still pull it off and win this game against the Denver Nuggets.

Jerry West, the Player on the NBA Logo Was More Happy When Fans Didn’t Know About the Origin of the NBA Symbol