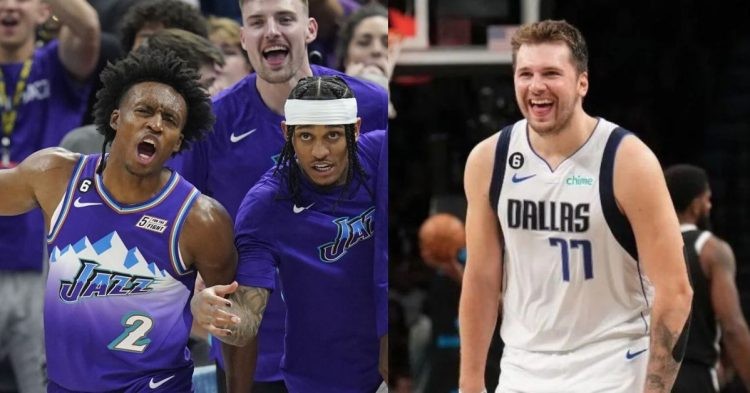 Dallas Mavericks star Luka Doncic has gotten off to a good start in the 2022-2023 NBA season. He is averaging a whopping 36.7 points, 9.5 rebounds, and 8.7 assists. However, his team is yet to get things rolling as they currently hold a record of 3 wins and 3 losses.

The Mavericks will face the Utah Jazz for their 7th game this season and look to improve on their record. That will prove to be quite a challenge. The Jazz was considered to be a rebuilding team this NBA season. After all, they traded away both their franchise cornerstones, Donovan Mitchell and Rudy Gobert. Nonetheless, the team is performing exceptionally at the moment and has a record of 6 wins and 2 losses.

There is no arguing that Luka will be the best player on the floor. Be that as it may, that alone does not guarantee the victory of his team. We should wonder about the role of injuries and what players will be playing from both sides.

Christian Wood, from the Houston Rockets, was an upgrade the Mavericks made to their roster heading into this NBA season. He has already displayed a higher level of play being on the same court as Luka Magic. However, his availability for the game against the Utah Jazz is questionable. He is listed so due to a “non-covid” related illness.

The world is in a post-pandemic era. However, people should still exercise caution whenever possible. If Wood isn’t at his best or the illness is infectious, it makes no sense for him to play in this game and compromise the rest of the season ahead of him.

With that being said, here are the injury reports and expected rosters for both sides.

As we can tell the Utah Jazz are much healthier. Moreover, they have a better record at the moment. Here is the prediction for this game.

While the Mavericks only have a record of 3-3, Luka has been sensational for them. Additionally, he is coming off a monster game against the Orlando Magic. In it, he scored 44 points, 5 assists, and 3 rebounds. The Magic aren’t a good team and forced Luka to score this much.

On the other hand, Jazz is a very good team at the moment. Therefore, Dallas can win if Luka has another epic performance. If Chrisitan Wood plays in this game, that will certainly help his team’s chances. This will be an exciting match to watch unfold.
Tags: Dallas MavericksLuka DoncicNBAUtah Jazz
Previous Post