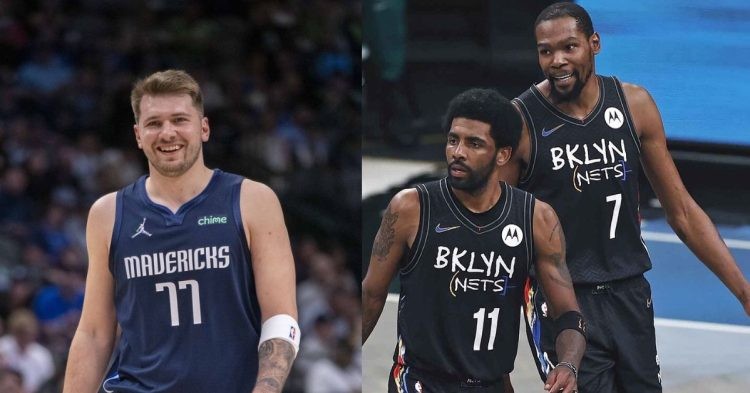 Both Luka Doncic and the Dallas Mavericks and Kevin Durant and the Brooklyn Nets have gotten off to a slow start. The Mavs currently hold a record of 1-2, while the Nets are at 1-3. The 2022-2023 season has just begun and we have a lot of basketball ahead of us.

Coincidentally, both teams are coming off losses. Luka and the Mavericks lost to the New Orleans Pelicans. Kyrie, KD, and the Nets just lost to Giannis Antetokounmpo and the Milwaukee Bucks. Thus both teams will be looking to improve their record and better their seeding for the NBA postseason.

Injuries always play a role in games like these. One must wonder what players will be unavailable and the situation both sides are in.

Luka Doncic is presently in MVP form for the Dallas Mavericks

The Brooklyn Nets have not been the powerhouse we expected them to be. Despite having an ultra-talented duo of Kyrie Irving and Kevin Durant, the Nets have failed to make the conference finals. Ben Simmons is the latest main addition to the team. He has not gotten over his scoring issues and is merely facilitating for the Nets.

Thus, it makes sense for Luka to take advantage of the disarray in Brooklyn. He is currently playing high-tier MVP-level basketball. Doncic is averaging 34.7 points, 9 rebounds, and 7.7 assists. However, this is just one of those situations where both sides are evenly matched and are a threat to the other. Nonetheless, there will be more pressure and eyes on the Nets simply because they have more star talent. We should look at the injury report and potential rosters for both sides.

In any case, the Mavs stars will be playing. We still have a lot of Christian Wood and Luka Doncic pairing up to witness. They will look to take his game from the Brooklyn Nets.

The Brooklyn Nets are simply more talented than the Dallas Mavericks. They are hungry for a win after the losses to the Memphis Grizzlies and Milwaukee Bucks. This will make for a good game.