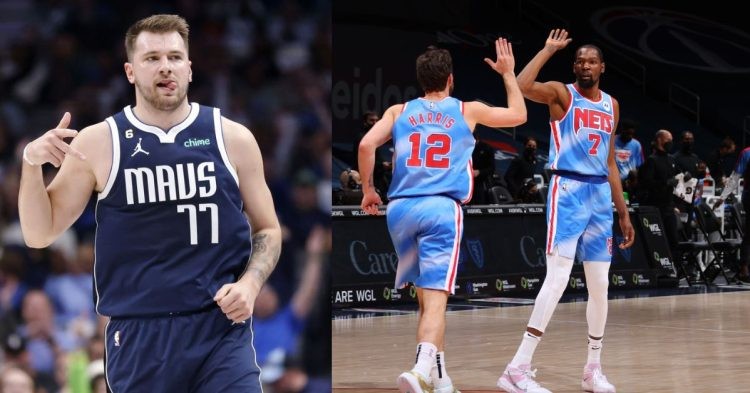 Luka Doncic is the star point guard of the Dallas Mavericks and a growing star in the league. He is coming off one of the best years in his NBA career and a trip to the Western Conference Finals. Being only 23 years old, he is only going to get better and improve his team’s standing. The Mavs currently hold a record of 5 wins and 3 losses and will be looking to get a win against Kevin Durant and the Brooklyn Nets.

The Nets are doing slightly better and currently hold a record of 4 wins and 6 losses. We already know that Nets star Kyrie Irving will not be playing in this game. With that being said, we should take a look at the availability status and expected rosters for players on both sides.

Injuries and the availability status of players always determine the outcome of games. Luka and his squad look quite healthy for this matchup. Doncic is putting up MVP numbers at the moment. He is averaging 36 points, 8.8 rebounds, and 8.6 assists. Despite struggling from the three-point line, he is still shooting an efficient 52.7% from the field.

The game’s outcome also depends on the other players who will be on the court. Here are the injury reports and expected rosters for the Mavs-Nets game.

Ben Simmons has been listed out with a sore knee. Moreover, Irving will not play another three games at the very least. Here are the expert predictions for this matchup.

Kevin Durant has to carry the Nets in this revenge match

Some of us might know that the Nets and Mavs have already faced off one this season. Luka had a monster game and scored 41 points 14 assists and 11 rebounds, carrying his team to the win. Moreover, both Ben Simmons and Kyrie Irving played in that game.

Nonetheless, the Nets have won their last 2 games coming into this match led by a sole Kevin Durant. He will be looking to prove that he is still better than Luka at this stage in his career. We know KD is a 2x NBA champion. For that reason alone, he might just carry his team to another win over the Mavs.
Tags: Brooklyn NetsDallas MavericksKevin DurantLuka DoncicNBA
Previous Post