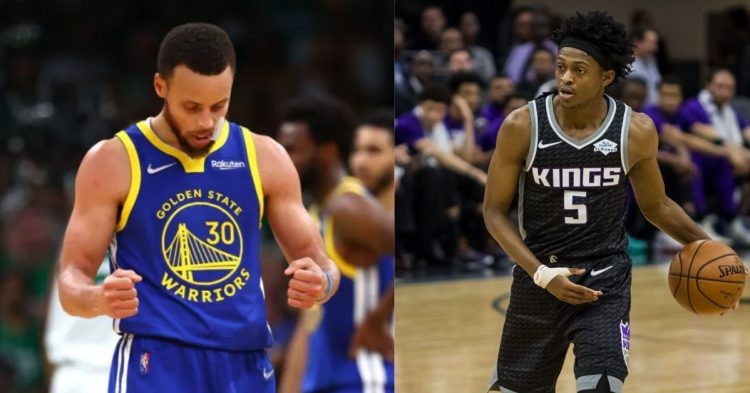 The 2022 NBA champions Stephen Curry and the Golden State Warriors started the NBA regular season with a win over the Los Angeles Lakers. They went on to lose their next game to the Denver Nuggets, giving them a record of 1-1. GSW will now face De’Aaron Fox and the Sacramento Kings for their third game this season.

The Kings had quite the NBA off-season. They made moves to acquire Malik Monk from the Los Angeles Lakers. They are in the middle of a rebuild and traded away a franchise cornerstone in Buddy Heild this summer. Sacramento has gotten off to a slow start this season and currently has a record of 0-2.

As both these teams are set to tip-off, one may wonder which players are injured and what is to be expected from this game.

We all know how big role injuries play in deciding the outcome of a game and a franchise’s success. The Golden State Warriors and Sacramento Kings are both considerably healthy. Thus, we expect the major stars from both sides to be present and active in this matchup.

The Warriors are still missing their veteran Andre Iguodala. He is in the back end of his career and has grown more injury prone over the years. At the moment, his status is day-to-day as he is reportedly feeling hip discomfort. Another GSW player on the injury list is Patrick Baldwin Jr. He is a rookie that not many NBA fans have seen play. Patrick has been diagnosed with a thumb injury but is listed as probable for Sunday’s game.

On the other hand, there seem to be no serious injuries for the Sacramento Kings. All the starters are healthy and expected to play against Curry and the Warriors. However, that does not mean they are expected to win this game.

GSW is looking to defend its championship this season and knows how important a good seeding position is in order to do so. On the contrary, the Kings are considered a lottery team and rarely make the playoffs. Thus, even though they can be considered healthier, they will not be favored in this game.
Tags: Golden State WarriorsNBASacramento Kings
Previous Post