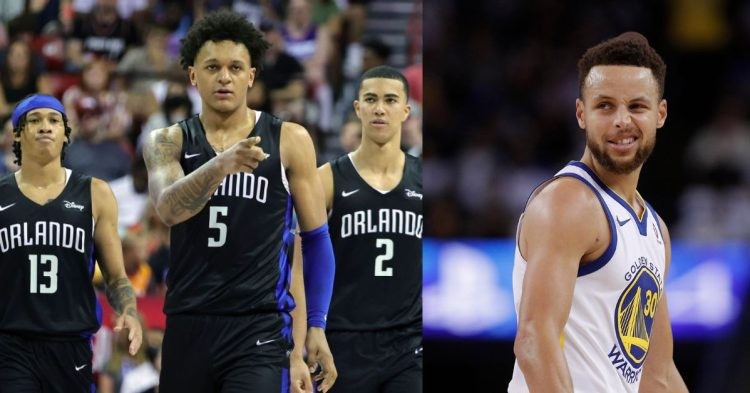 While Stephen Curry and the Golden State Warriors are the defending NBA champions, they have not gotten off to the best start in the 2022-2023 NBA season. GSW currently has a record of 3 wins and 5 losses, having lost their last 3 games in a row.

They will now face Paolo Banchero and the Orlando Magic, nearing a feeling of desperation for a win. We know Orlando is a rebuilding team and has the worst record in the Eastern Conference with 1 win and 7 losses. With that being said, we should look at how these two teams match up and find out the availability status for players on both sides.

With the exception of Andre Iguodala, the Golden State Warriors roster is healthy and relatively injury-free at the moment. They lost to the Charlotte Hornets, Detroit Pistons, and Miami Heat. As a result, GSW fans should be alarmed considering that these are lower-tier teams, with the exception of the Heat.

Therefore, It would be a bad idea for GSW to fall much lower. However, we know that their success will largely depend on the lineups that Steve Kerr chooses to implement. He will decide based on the flow of the game. Here are the injury reports and expected rosters for both sides.

Finally, let us look at the predictions and expert picks as the Warriors face the Magic for their 9th game of the 2022-2023 NBA season.

Things have certainly gotten off to a tough start for the Golden State Warriors. They seem to have a target stamped on their backs and every team steps up to play them. Thus, they are yet to catch their stride and make a push into the NBA season.

All eyes will certainly be on them considering that Curry, Thompson, and Green are all healthy and expected to play. On the other hand, Banchero’s magic has many injuries, and appears shorthanded. Therefore, the Warriors are expected to win this match. However, if they fail to do so, there will certainly be a cause for alarm as Orlando is the worst team in the Eastern Conference.
Tags: Golden State WarriorsNBAOrlando MagicStephen Curry
Previous Post