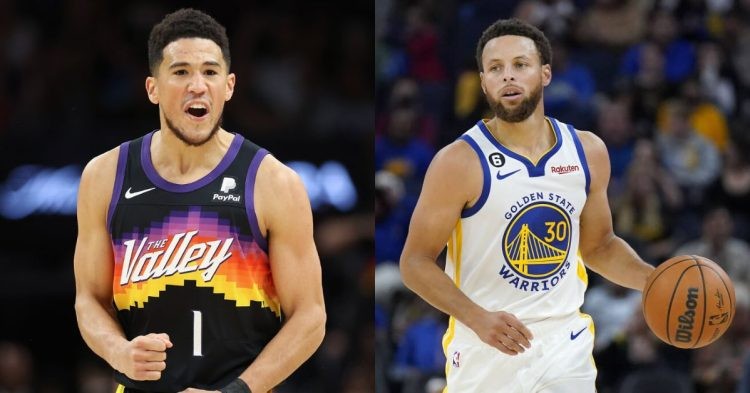 The Golden State Warriors will be playing against the Phoenix Suns tonight for their fourth game of the 2022-23 NBA season. The Stephen Curry-led team has won two of their games so far, against the LA Lakers and Sacramento Kings. The only game they lost was against Nikola Jokic’s Denver Nuggets. Curry once again leads the charge as he is in the exceptional form currently.

On the other hand, the Suns are entering tonight’s clash with a similar record to the Warriors‘. They have also won 2 of their 3 games so far. The only loss came against Damian Lillard’s Portland Trail Blazers, who won by just 2 points.

Both teams will be missing players due to injuries, which affects the teams’ roster for tonight.

GSW’s veteran Andre Iguodala has not played since the start of the season. It seems like it will continue to be the case tonight as well. However, the Warriors will have all their key players against the Suns tonight.

There are only two players on the Warriors’ injury report for tonight. According to various reports, Iggy will be traveling with the rest of the team but will not feature in the game.

Andre Iguodala will make the road trip to Phoenix with the team. He’s still not expected to play. Dre went through post-practice drills on Monday with Jonathan Kuminga. pic.twitter.com/Ff1Ulr5l6C

The American has been battling with injuries for the last couple of seasons. Even though he has not been to play in many games, he still offers the leadership that the young Warriors locker room needs. On the other side, the Suns will also have to deal with injuries to some of their players.

Just like the Warriors team, the Suns also have two players on their injury report. It will be Ish Wainright and Jae Crowder. Both of them will be unavailable for tonight’s game and their return dates are still unknown.

However, the franchise still has all its key players geared up for the game against the defending champions. Both Devin Booker and Deandre Ayton are currently in decent form. The former is currently off to a good start in the league as he averages 32 points, 5.3 assists, and 3.3 rebounds so far.