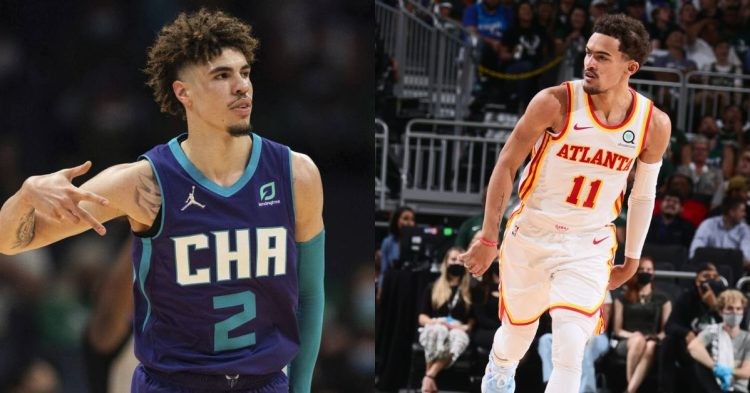 The 2022-23 NBA is off to a flying start as all the teams are looking to fight for the title. The game that will have fans excited will be when the Atlanta Hawks host the Charlotte Hornets at the State Farm Arena. Both teams are filled with young and talented players who are looking to make their mark on the NBA.

However, they have to face the consequences of injuries to their players. To win a game, a team will need to use all the resources they can. Unfortunately for them, their resources have been cut short due to injuries to some of their key players.

The Hawks fans will be eager to know if their key player, Trae Young is playing tonight. And the answer is yes. Trae has been in exceptional form so far this season. As we all expected, Young has been vital for the Hawks’ flying start against the Houston Rockets and the Orlando Magic. He scored a double-double in both of the games he has played so far.

LaMelo Ball has been a crucial player for the Charlotte Hornets since joining them in 2020. He has averaged 18.3 points, 7.0 assists, and 6.4 rebounds in 126 games for Michael Jordan’s franchise.

According to reports, LaMelo will be surely out for the game due to a sprain in his left ankle. The young player was gearing up for a strong season earlier. However, he sprained his ankle during the preseason game against the Washington Wizards earlier this month.

LaMelo Ball ankle injury heres the video is anyone needs it. pic.twitter.com/zm2ejT43Fj

Apart from him, Terry Rozier and Cody Martin are listed as day-to-day. That means they are still doubtful for the game tonight against the Hawks. Rozier is a doubt mainly because of his right ankle sprain and Martin might not play due to soreness in his left quad muscles.

On the other hand, only Bogan Bogdanovic is out for the Atlanta Hawks. The cause for his absence will be his knee injury and his return date is still unknown. The Hawks would be glad that they can play against the Hornets with all their might while the latter do not have their best player.