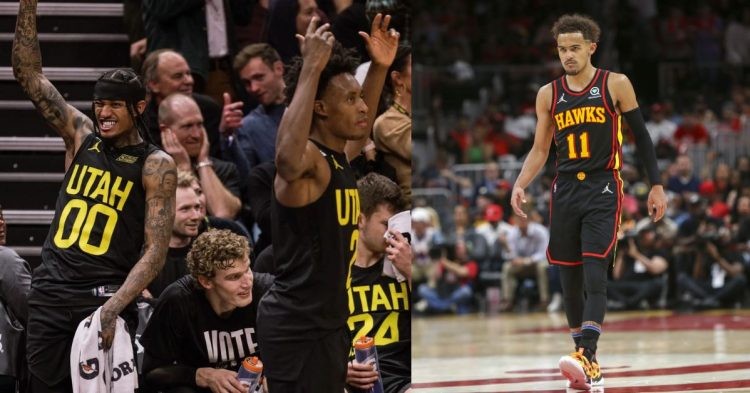 Trae Young and the Atlanta Hawks have gotten off to a solid start this 2022-2023 NBA season. They currently hold a record of 7 wins and 3 losses. Additionally, it looks like Dejounte Murray has found his role in the team already. In fact, he led the Hawks in handing Giannis Antetokounmpo and the Milwaukee Bucks their first loss of this season.

The Hawks have no time to rest as they will be facing the Utah Jazz. To the surprise of many people, the Utah Jazz is currently the top team in the Western Conference despite being considered a rebuilding team. Jordan Clarkson, Colin Sexton, Lauri Markkanen, and the rest of the squad have exceeded expectations.

This will be quite an exciting matchup for NBA fans to watch. With that being said, let us take a look at the availability status for players on both sides and the expected rosters.

Some of us already know that Trae was absent in the last game for the Hawks against the Bucks. According to the reports, he has injured his shin and is listed as questionable for the game against the Utah Jazz. Therefore, this is a bad game to miss as they will be shorthanded against the best team in the Western Conference.

Trae Young has averaged 28.2 points and 9.4 assists for the Hawks so far this season. However, they will not be having this extra firepower in their offense if he does not play. Here are the injury reports and expected rosters for the Hawks-Jazz game.

As we can tell, Utah is looking a lot healthier and all the starters are expected to play. Finally, let us take a look at the prediction for this game.

The Utah Jazz are favored to win this game

The Atlanta Hawks have proven themselves to be giant killers by defeating the Milwaukee Bucks. However, it is highly unlikely that a miracle will happen again. A team needs its best players to be healthy and injury free. Moreover, the point guard is a crucial position that controls the flow of a game.

Trae will not play in this game. Therefore,  the Jazz will be favored to win as the higher-seeded and healthier team. However, it is always possible for the Hawks to hand the Jazz a loss if they play well.
Tags: Atlanta HawksNBATrae YoungUtah Jazz
Previous Post