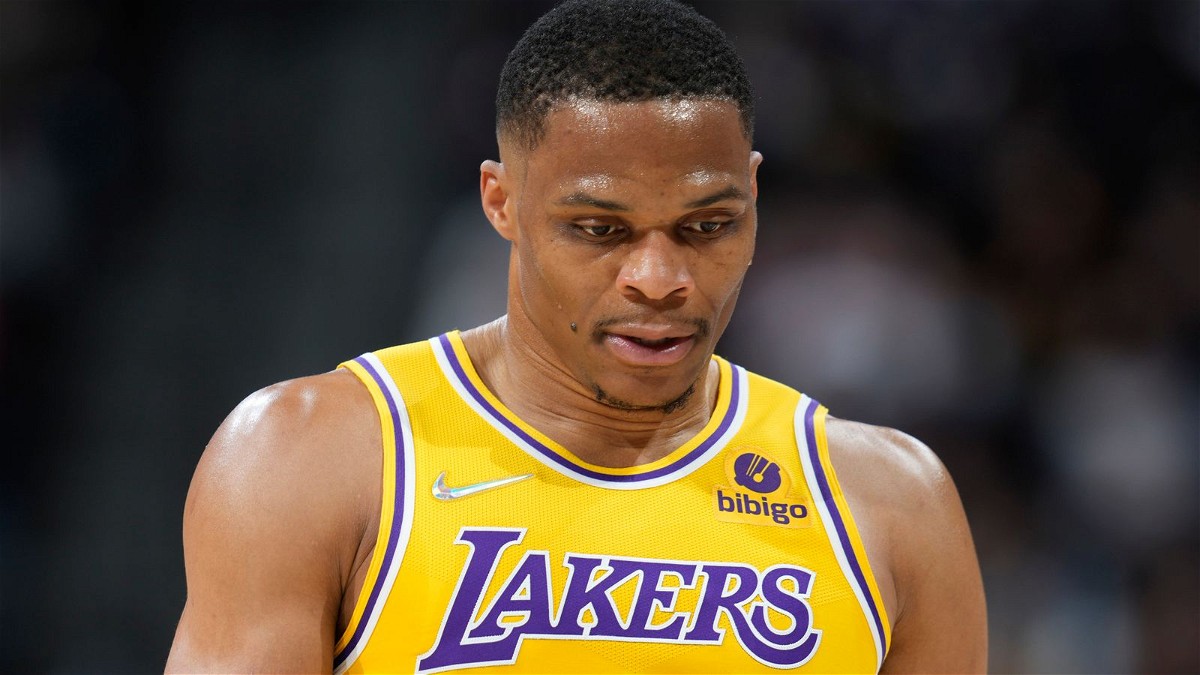 Russell Westbrook is a former MVP, scoring champion, multiple-time all-star, and a lot of other things. This season he’s just shambolic. The Los Angeles Lakers are one of the worst teams in the entire league this season. Their game has looked slow and almost saddening to watch. And a huge part of that falls on Westbrook.

The LA Lakers took a gamble in the offseason by trading a bit of depth for a 3rd star to compete with the Nets. That meant taking on Westbrook’s huge contract and not having money to replace the players they lost. They were forced to sign old NBA stars that were way past their prime and just looking for a ring.

Here is why the Russell Westbrook era has failed

Westbrook this season has averaged less than 20 points per game. This has been the first time since his sophomore season in the league. You could chalk that up to him playing with LeBron and AD. However, to score those 18 points per game, he’s shooting a lot worse than he did in other seasons.

He also is leading the Lakers in TOs per game even though he has one of the lowest usage rates in his career. Being on a team with LeBron James, Westbrook’s role has been massively diminished. He’s kind of been reduced to just a spot-up shooter. That is the worst role you could give Russell Westbrook who’s never shot well from the 3.

This season Westbrook has shot just 28% from the 3. Also, the Lakers are in the bottom 5 in the league in offensive rating. However, this was the case for them last season as well. But the glaringly obvious thing is that the Lakers were the best defensive team last season. The drop this year has been from 1 to 14th.

Losing out on Caruso and Pope is the reason for that. Russell Westbrook has realized his shortcomings for this season and has this to say,

Russ says he has to do better. pic.twitter.com/bbfpEmEQfH

Is this self-realization moment for Westbrook to turn him into the MVP level triple-double machine the Lakers need now more than ever? Or will this be just a statement that could make Brodie lose confidence in his game? I guess we need to wait to see that until the next Laker game.