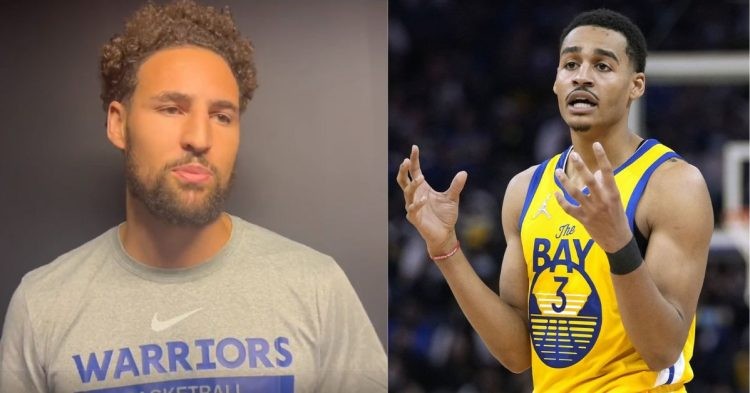 It has now become common knowledge that there was a fight at the Golden State Warriors practice scrimmage. Soon after, a video was released by TMZ Sports showing unseen footage of Draymond Green viciously attacking and potentially injuring fellow teammate Jordan Poole.

Klay Thompson is one of the pillars of the Warriors and a powerful voice in the locker room. He and Stephen Curry have tried to remain neutral throughout this whole incident and keep the team’s identity intact. Be that as it may, Klay made a statement about Warriors’ young star Jordan Poole just days before the incident took place. It is important to understand the context of what Thompson said and how it looks now.

One of the first games this NBA preseason involved an overseas game played by the Golden State Warriors and Washington Wizards. Both teams traveled to Tokyo in order to participate in the NBA Japan games. This was quite an exciting event and a rare treat for the people of Japan.

Additionally, there was also a three-point shooting contest conducted. To no one’s surprise, Klay and Steph were miles ahead of the competition in this event. Klay discussed how this experience felt and decided to mention Poole.

“Yeah loved shooting the basketball, Specially on the same team as Steph… it was nice to humble Jordan Poole.”

We know that Poole’s shooting abilities have already begun to earn him a name as the third splash brother. While there is no arguing that he is quite a rare talent, Klay decided to take the opportunity to declare that his own shooting performance humbled Poole.

“It was nice to humble Jordan Poole” pic.twitter.com/nWkxBggnrw

Jordan exceeded expectations for the Warriors last season and was a pivotal factor in their winning the NBA title this year. Much like Draymond, he too is expecting a maximum contract from the Warriors. According to some fan theories, Poole’s potential contract extension and growing attitude were one of the reasons for the altercation with Draymond Green.

Whether Klay humbled Poole or not, it is still unclear which side he is picking in this situation. After all, it would serve the Warriors best to try and move on from this incident as the new season soon approaches.