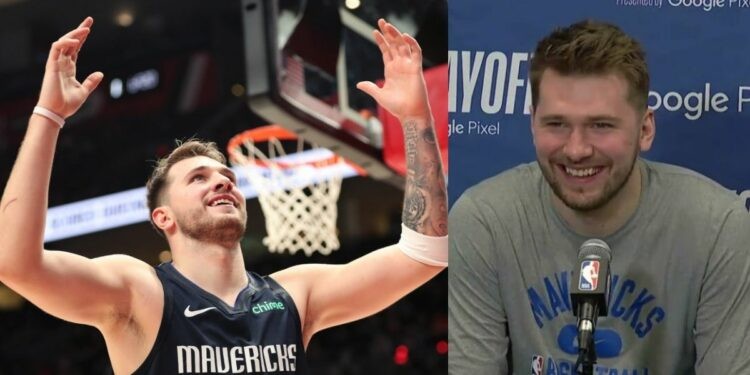 Luka Doncic and the Dallas Mavericks live to fight another day in the Western Conference finals. The Mavericks finally got one up on the Golden State Warriors and cut the series lead to 2 games. But they still face elimination from here on out and will have to play at an elite level to stand a chance against the Warriors.

Despite their difficult position in the conference finals and domination by the Warriors on paper, the Mavericks have not fared as bad as it seems. The team massively overachieved by getting past the Phoenix Suns in the conference semifinals. Many wrote them off after those first 2 losses to the Suns. But not the Mavericks, and certainly not Luka Doncic.

There is a sense in the Dallas camp that they are far ahead of schedule. A new head coach in Jason Kidd and a new general manager in Nico Harrison were to create a championship-contending roster around Doncic. Just that, nobody expected it to be so soon. And nobody expected the Mavericks to be one of the four remaining teams when the conference finals rolled around.

Much of this unprecedented success is due to Luka Doncic.

Doncic has improved his game by leaps and bounds every season. And just seems to outdo his ridiculously elite skillset year by year. Therefore, it is no surprise that Doncic has made his third consecutive All-NBA First Team.

The NBA released its respective All-NBA team selections and Luka Doncic remains the only fixture on the First Team alongside Giannis Antetokounmpo. Speaking to the media after his elimination-game self harried the Warriors all night with 30 points, 14 rebounds, and 9 assists, Doncic was grateful for being where he is.

“It’s a blessing… as a kid, I always dreamed of being in the NBA and now it’s my 3rd All-NBA team and it’s really a blessing.”

Luka Doncic is living out his dreams in front of our eyes. pic.twitter.com/KGNmLdkpde

“It’s a blessing, man, you know. As a kid, I always dreamed of being in the NBA and now it’s my 3rd All-NBA team and it’s really a blessing. And I’m really happy and thankful for everybody that made it happen.”, said Luka. He averaged 28.4 points, 9.1 rebounds, and 8.7 assists in 65 games this season. Doncic was 5th and 3rd on the assists and points per game charts respectively.

Doncic continues to wow the rest of the league and is in the deepest playoff run of his career. Just where he goes from here is really only up to him and his dedication to the game he has seemingly mastered.