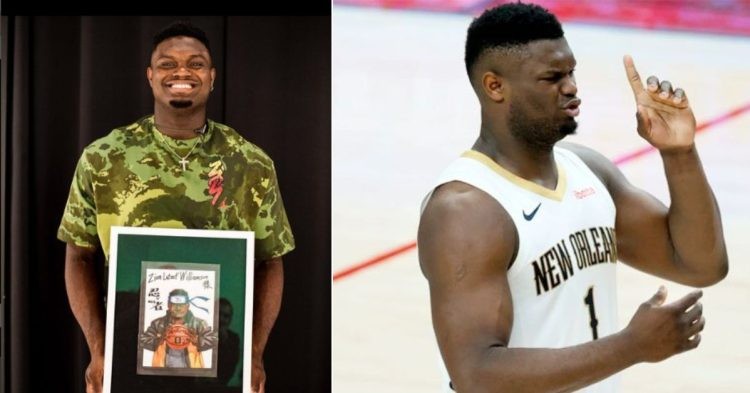 Zion Williamson is an NBA star currently with the New Orleans Pelicans. He is a player from the same draft as Ja Morant. Yet, injuries have derailed his short career and he did not suit up with his team this season. We all know how the media can be and they spun a vicious narrative that Zion is a “bust” and that he is out of shape. Moreover, they made it look like he does not deserve the hype and attention he was given.

Not many people know that Zion is a huge fan of an anime series called Naruto Shippuden. It is about a young ninja who proves the world wrong and becomes one of the greatest “shinobi” ever. There is no argument that it is a motivating series. Williamson revealed what moment in the show he related to most in real life.

One must wonder who this “Sasuke” is. Thus, we should understand the situation with more context.

It is clear that Zion is well versed with the series as he is able to pick out exact moments. Sasuke is Naruto’s close friend and rival. However, he goes on his own path as he is consumed by hatred. Thus, he becomes a “rogue ninja” and fights with Naruto throughout the majority of the series.

Naruto is a character who people love, respect, and admire. He simply wants to become the best ninja and earn the people’s respect. On the other hand, Sasuke is a character full of hate and anger for past events and is more of an avenger. Therefore, people who watch the show end up empathizing with one or the other.

Zion has reasons to feel his own kind of hatred and anger. Additionally, since Sasuke goes rogue after finding out he was betrayed, this is quite a fitting analogy. The NBA world lost faith in Zion and counted him out, effectively “betraying” him.

Williamson also discusses the conflict Naruto feels towards facing Sasuke, who was in the darkness “And Naruto, he started hyperventilating because that’s a lot of pressure. He’s just a kid, and that’s his friend, you know? He really cared for him. And all anyone was telling him was that he needed to handle it, to take him down. Nobody ever asked him how he felt“. Thus, he feels a true connection with that scene.