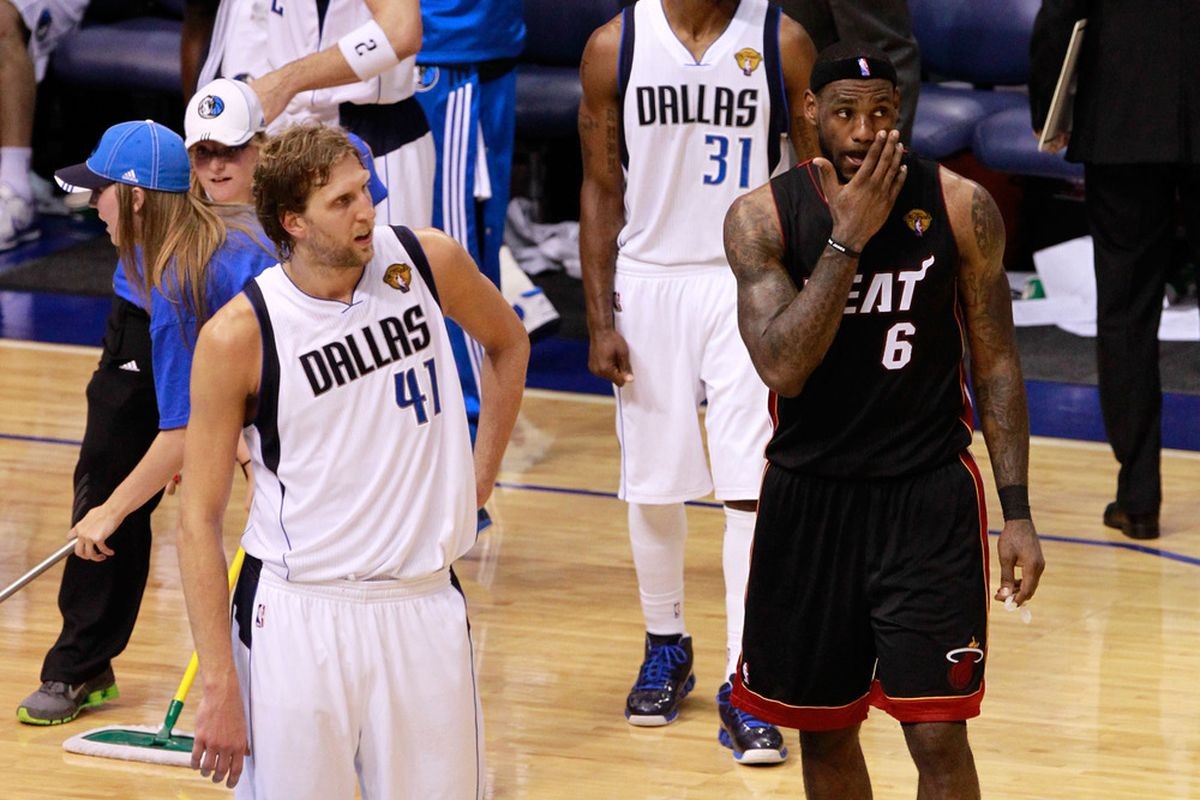 The 2011 NBA Championship is one that fans cherish to this day, and the sole reason behind it is Dirk Nowitzki. Another reason that makes this run historic is the fact that Nowitzki and The Dallas Mavericks defeated the Miami “Big 3” LeBron James, Dwyane Wade, and Chris Bosh. Despite winning the championship, Dirk Nowitzki hasn’t forgiven LeBron, Wade, and Bosh for their silly mockery after Game 2.

LeBron’s decision to join Miami Heat was met with stark criticism in 2010. It was possibly the first super-team in NBA history where three prime elite players came together to win a championship. In contrast, Dirk was a loyal player who stayed through thick and thin with Dallas Mavericks. Prior to 2011, Mavs and Heat met once before in the finals in 2006 which culminated in Miami Heat lifting the Trophy.

Dallas was the underdog in the 2011 finals and was written off by most analysts after Miami’s 2-1 lead. This was the turning point of the series. LeBron James made the same mistake Klay Thompson and Draymond Green made in 2016. Miami Heat got overconfident after the 2-1 lead Bron, Wade, and Bosh allegedly made fun of Dirk’s flu game.

This clip somehow reached Dirk Nowitzki and it fuelled him in ways Miami Heat could not comprehend. Dallas Mavericks won back to back games and closed out in Game 6 thereby crushing Miami Heat’s overconfidence as well as hopes.

“He hated LeBron”- J.J. Barea recounts how Dirk Nowitzki reacted to the clip

One would assume winning the championship and winning the finals MVP was enough an answer to Heat’s mockery. As it turns out, Dirk was truly hurt by their action and carried the grudge throughout his NBA career.

On The Old Man and the Three podcast, Dirk Nowitzki’s 2011 teammate J.J. Barea revealed that he personally hated LeBron and Wade for what they did. But that mockery in a way worked in Dirk’s favor in ways he’d be grateful for eternally.

He hated Miami. He hated LeBron, Wade, Bosh. He’s never going to say that, but he couldn’t stand it.”

An instance where we could sense this was the 2019 All-Star game. Dirk Nowitzki and Dwyane Wade were special additions and after the game when LeBron James went to congratulate him, it looked like Nowitzki ignored him or was preoccupied. Either way, it is understandable why Dirk may not want to speak to him after the mocking incident.

Also Read: “We got him on the trading block”-Kawhi Leonard Finally Reacts to Getting Elbowed by Serge Ibaka