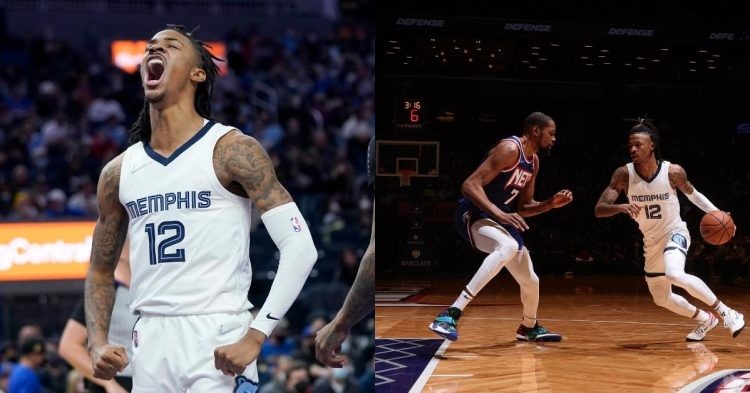 Ja Morant does some amazing things on the court for the Grizzlies. In just his 3rd year he has already elevated his level of play to MVP level. But today we’ll do things differently, we will be talking about the things that Morant does off the court, and no, we’re not talking about him being corny on Twitter.

We’re going to be talking about contracts, salary details, and endorsement deals that Morant has signed during his young NBA career.

Ja has already received second-team all-NBA honors. He is all set to sign a hefty extension at the end of the 2022-23 season.

His contract will probably be in the Trae Young and Luka Doncic range. The Grizzlies have a winner in Ja and it would be a mistake to not pay him. Ja can be expected to sign a five-year deal worth $181 million to $217 million. Let’s have a closer look at what Ja has made throughout his young career.

Before he even got to the league Morant inked a multi-year deal with Nike. First, he started off wearing some Kyrie’s but now that Irving is unlikely to renew his contract Morant just might get a shoe of his own. Shoe deals with Nike for players like Ja can range anywhere from $10-30 Million.

Ja morant is the only player that is REALLY enjoying his nike contract. https://t.co/56AXQnc6So

Ja Morant has a long career ahead of him and with the kind of money that he is pulling in at this stage. It won’t come as a shock to anyone if he ends up signing the biggest NBA contract someday.