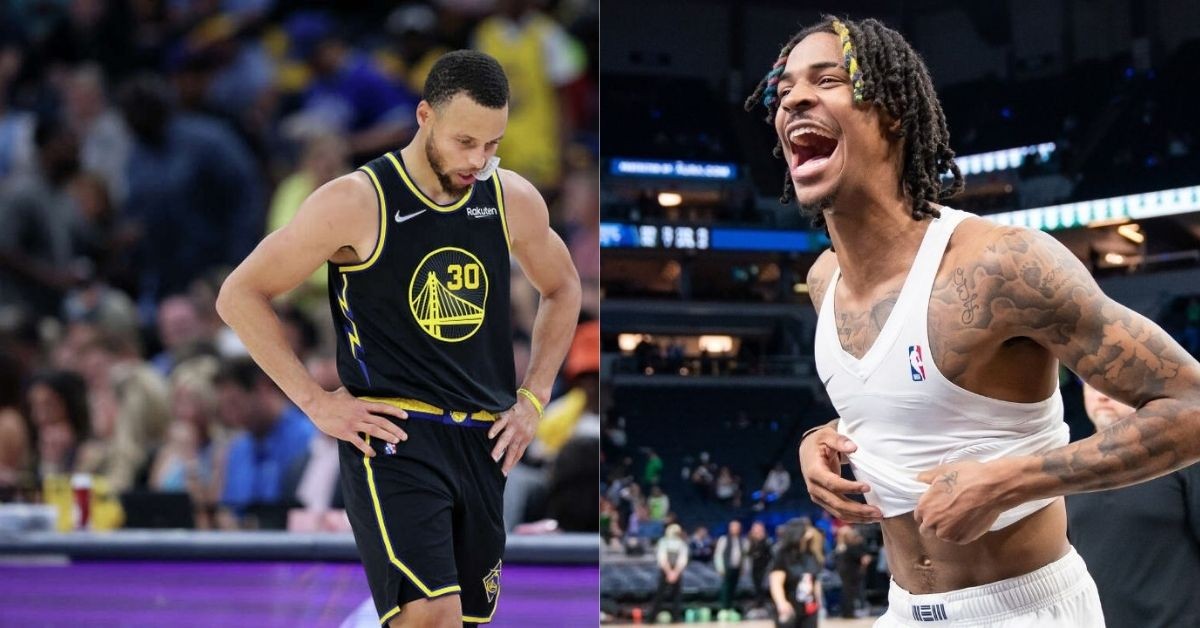 The Memphis Grizzlies handed the Warriors their worst playoff loss in 2014. They beat GSW by 39 points to avoid elimination and force a game 6. Before the game, Stephen Curry mocked the Memphis Grizzlies by using their anthem against them. Ja Morant responded by pulling out Curry’s celebration against Steph.

Memphis is still walking on thin ice. They need to win 2 games and not lose one to a former dynasty. Even though they have been great without Ja, they need to realize that the Warriors will make adjustments for the next game.

Tonight it was Stephen Curry vs Memphis. Stephen Curry was overconfident during the warmups. The Warriors were fresh off a win where Curry was hot in the 4th. And Ja Morant was officially out for the series. Hence, the Baby-faced assassin mocked Memphis fans by saying that the Warriors’ game plan for today was “Whoop that Trick.”

Memphis did not like the disrespect coming their way. This included fans and players alike. In the game, they scored more points in 2 and half quarters than the Warriors scored in the whole game. Curry was forced to play just 25 minutes and scored 14. He had a +/- of -37, the 2nd worst in the whole game.

That was enough for Memphis to rub it in his face. It began with the entire arena screaming and shouting “Whoop the Trick” in his face. Stephen Curry said that he loves the back-and-forth he’s created.

But that was not the only thing he was mocked for. Ja Morant pulled out Curry’s celebration where he counts out on his fingers. But Ja did it in a way that genuinely looked like was mocking him. Considering that Ja Morant is not playing, that’s a very hostile response from him.

Stephen Curry and Ja Morant have had beef before. The Andre Iguodala scenario not too long ago brought the both of them against each other. Ja Morant began it but Curry did win with his tweet of the NBA title in Iggy’s hand. It looks like Ja held on to that for last night.