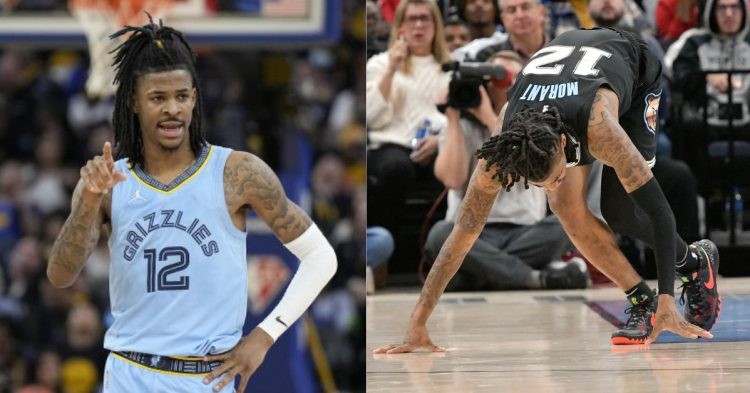 Despite starting the NBA season incredibly well, the Memphis Grizzlies are expected to miss their star point guard Ja Morant for a while. As NBA fans must be aware, the Grizzlies are proving to be one of the best teams in the Western Conference and hold a record of 31 wins and 16 losses. That has given them the second seed in the Conference.

The NBA season is only a little more than halfway done and there is still quite a lot of basketball left ahead for us. If Ja takes too long to get back into form, his team might struggle to maintain a winning record. With that being said, NBA fans must certainly want to know more about his diagnosis and return timetable.

What injury did Ja Morant suffer?

Morant is arguably one of the most explosive and electric players of this generation. Especially for someone of his size. In his short NBA career, he has put multiple NBA players much bigger than him on humiliating poster dunks.

One can only imagine the load and impact that Morant’s feet face during every game as he constantly explodes in the air. Unfortunately for Grizzlies fans Morant has suffered a Grade 2 ankle strain and has been ruled out for the upcoming games.


The Memphis Grizzlies will be taking on the Golden State Warriors, Minnesota Timberwolves, and Indiana Pacers next. It is highly unlike that Morant will play in any of these games or even after that. According to the reports his ankle strain will keep him out for the next 3 to 5 weeks.

If Morant’s recovery proves tricky, he might just end up missing almost 20 of the remaining games this season for the Grizzlies. Thankfully, they are doing well at the moment and are unlikely to fall out of contention for this NBA postseason in his absence

Ankle injuries seem to be becoming more constant with Morant. The Grizzlies should certainly consider resting him if they have hopes of making it deep into the NBA playoffs. Morant is averaging a solid 27.2 points, 5.5 rebounds, and 7.9 assists. He is the undisputed best player on his team and the face of the franchise.


We hope Morant gets the best treatment possible and is able to return to the court for the Grizzlies. Hopefully, we will see him back in action within a few weeks.