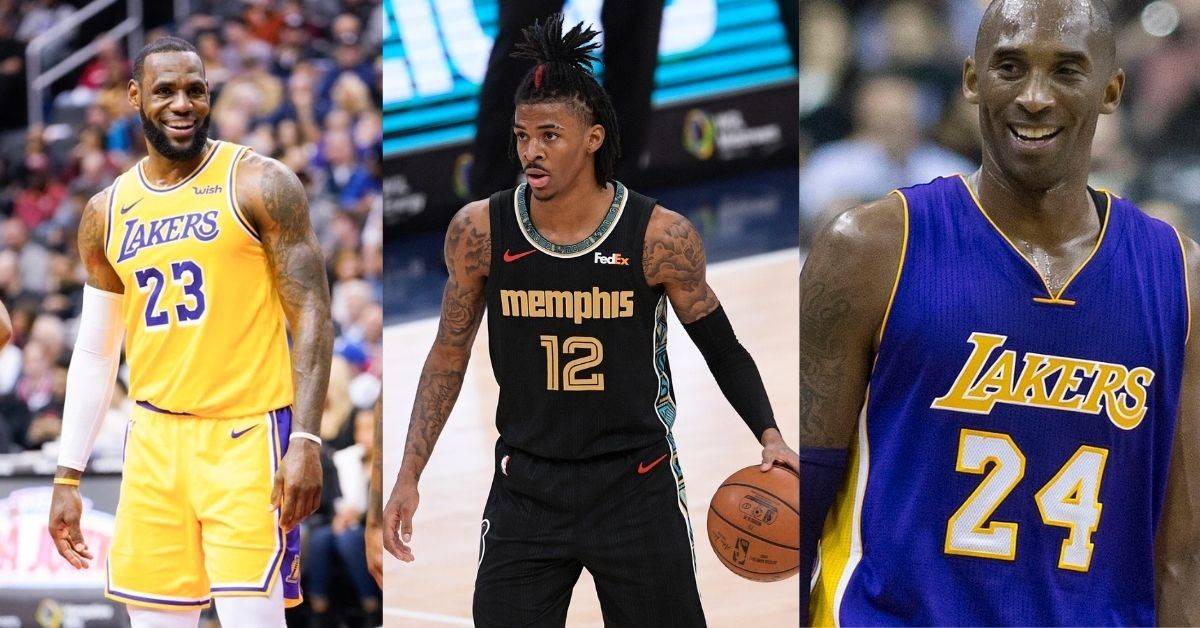 Ja Morant joined LeBron James and Kobe Bryant in holding an all-time NBA record as the Memphis Grizzlies defeated the Golden State Warriors. This victory came after the Grizzlies narrowly lost game 1 with the final score of 116-117. However, Ja and the Grizzlies managed to get over the hump and win game 2 with a score of 106-101. They have evened the series with Steph Curry and the Warriors at 1-1.

Ja Morant also made NBA History with his performance so far in the postseason. Additionally, he has tied 2 of the greatest NBA players, LeBron James and Kobe Bryant in being the only ones to accomplish this feat.

LeBron James and Kobe Bryant are two of the greatest players to play the game of basketball. However, another aspect that set them apart was how quickly they took control of their team and dominated in the NBA Postseason. Kobe and LeBron had multiple 45 PTS games before turning 23 years old.

Ja Morant is only the 3rd (!!!) player in NBA History with multiple 45-point games in the playoffs before turning 23…Joining LeBron and Kobe…WOW. ????

Ja has quickly risen at a young age and matched his career-high 47 PTS in game 2. By doing so, he has become just the third player in NBA history to accomplish this feat. This puts him in an elite tier and speaks to his potential in the future.

LeBron James and Kobe Bryant won 4 and 5 championships respectively. They proved their potential had no match in their prime. Ja will have to almost match their levels of play. The Memphis Grizzlies now face the Golden State Warriors on the road for games 3 and 4. Ja will need to pull off another superhuman game and also get a win on the road just to bring the series back, alive to Memphis.

This might be too much to ask of Morant who had virtually no help from the Memphis Grizzlies in game 2. There was not a single player who scored above 15 PTS for them in this crucial game at home. The team will also need to step up and support Morant for the rest of this series.

Stephen Curry and the Golden State Warriors will be favored to win this series. Therefore, Ja has to outplay the favorites and win 3 more games, before the Warriors do, to make it to the Conference Finals.