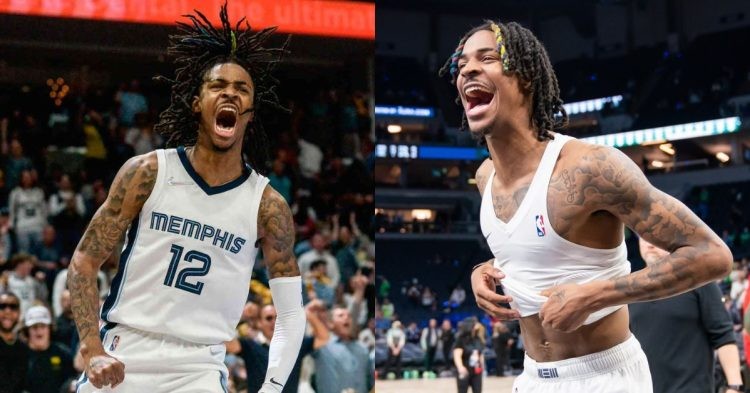 Ja Morant is the most exciting player to watch in the NBA. He is athletic, talks trash, and will try to dunk over anyone’s head. After his successful 2021-22 season, Ja and the Memphis Grizzlies have reached an agreement on a 5-year, $193 million deal and can reach up to $231 million as reported by NBA Insider and analyst Adrian Wojnarowski.

Memphis is my home 💙

Morant won the Most Improved Player after increasing his scoring by 8 points, as well as improving his shooting by 5% from the field and 4% from beyond the arc. For the season, he ended up averaging 27.4 points, 6.7 assists, and 5.6 rebounds on 53% shooting from the field. Despite his success this season, he was not a front-runner candidate for MVP. The Grizzlies ended the season with 56 wins and placed 2nd in the Western Conference.

Ja Morant signed a $193 million contract, which is the rookie maximum contract extension. However, the reason why it can extend up to $230 million is because of incentives.

Regardless of his talent, if he stays healthy, he will be on the All-NBA team, as he was named 2nd team All-NBA in the 2022 NBA season. This will lead to an even bigger paycheck coming in for the Grizzlies star.

As of this moment, that is a big “if“, due to his injury history. He only played 57 games in the 2022 season and also missed the last 3 games against the Warriors in the second round of the playoffs. His game is based on his superior athleticism. Therefore, his knees take a toll every time he jumps high in the air and lands, potentially falling awkwardly.

We can only pray that injuries do not derail his electric career. Ja is the future of the league and has all the tools to be the face of the league.