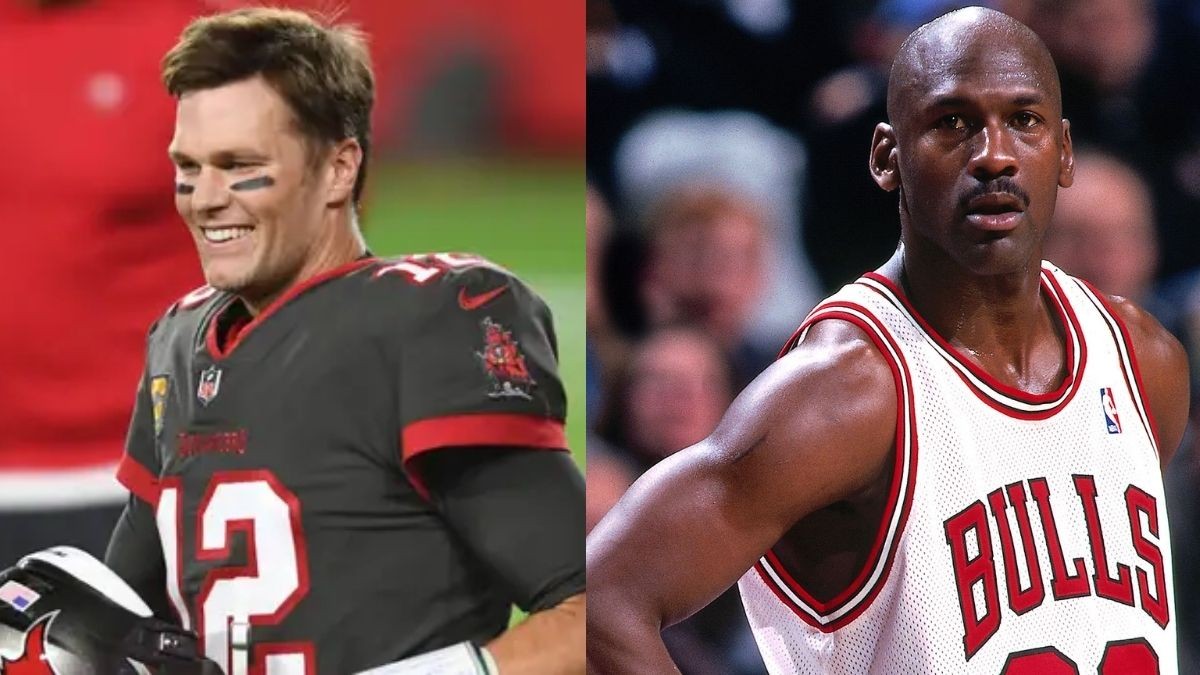 Tom Brady is one of the greatest NFL players ever. He is the Jordan of NFL but is more accomplished than him in his field. Brady has been in the NFL for 22 years.

He is a quarterback, which is the most important position in NFL. Brady won 7 (most ever) super bowls in his long illustrious career and has won 5 Super Bowl MVPs with 3 regular season MVPs.

Tom Brady had the most final appearances too with 10 Super Bowl appearances. He has the most Pro-Bowl selection (15), most pass completion with 7,263 and 84,520 passing yards which is yet again the most in history.

Brady is one of the most beloved figures in the USA and his retirement is a big loss to American sports.

Tom Brady’s retirement has taken the internet by storm. Even NBA players are disheartened after hearing the news.

He is being regarded as the undisputed GOAT by the NBA world. Every player reacting to his retirement has an emoticon of a goat to appreciate his greatness and declare him as the NFL’s greatest player of all time.

Magic Johnson as always had a funny tweet ready for Brady. Magic thanked Brady for giving his life to the sport and to the fans. Johnsson appreciates his work ethic, record and winning tangibles. The Lakers legend also had word for his longevity by calling him a wolverine.

Thank you @TomBrady for 22 years that gave us 7 Super Bowls, several broken records, and making every teammate you played with better. That’s why you are the GOAT (& I normally don’t say anything good about Wolverines lol!).

LeBron James ex-teammate Kevin Love posted a picture of Tom with his 7 rings on his hands with the caption A blessing to have witnessed greatness.

Shaq bombarded the comment section with “No man get your butt up and do one more year” “love you, bro, it was an absolute joy to watch”.