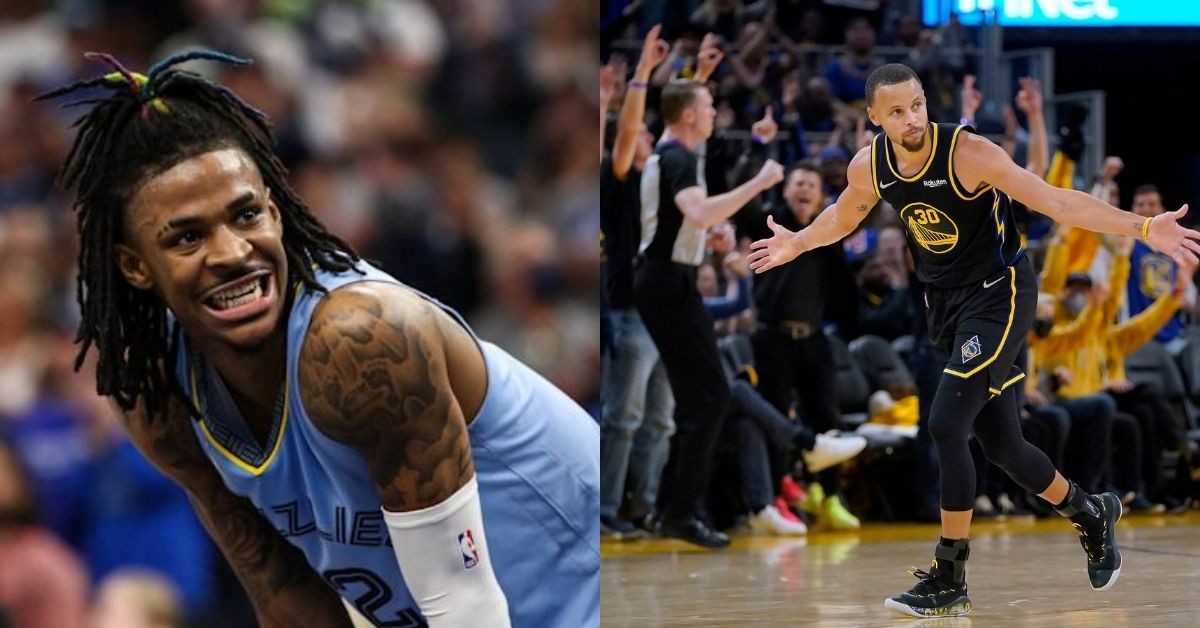 Ja Morant and the Memphis Grizzlies were defeated in the second round. Stephen Curry and the Golden State Warriors beat them in 6 games. Morant was injured for half the series and watched as Steph and the Warriors moved on to the next round.

Ja may view Steph as a rival. However, he has displayed support for the Warriors in the Western Conference Finals. He sent a tweet complimenting Steph as he shot a three and made a celebration.

Curry is notorious for his creative and rousing celebrations. He used the same one against the Grizzlies as well. Therefore, Ja knows what it feels like to be on the receiving end of it.

Stephen Curry has made his name in the NBA. His three-point shooting and off-ball movement are what sets him apart. Curry is constantly on the move, whether he has the ball or not. Therefore, he is able to trick defenders using his teammates’ screens.

This allows Curry complete separation to get off a high-quality shot. He also uses various back-door cuts and switches to confuse the opposition and move them out of position.

Ja’s reaction was “Nah this OD tough” with a laughing emoticon. However, he is talking both about the move and the celebration. Steph shot the three and yelled out “night night”. His defender was clearly late on the contest as the shot swished in.

Curry then turned to the crowd and motioned for one to fall asleep with his hands. This looks absolutely savage from the perspective of a fan. Morant knows this and respects interesting celebrations himself. Therefore, he chose to react to this cool moment.

Steph and the Warriors currently have a 2-0 lead over Luka Doncic and the Mavs. Ja may be on the sidelines. However, he clearly has his favorites for this Western Conference Finals.