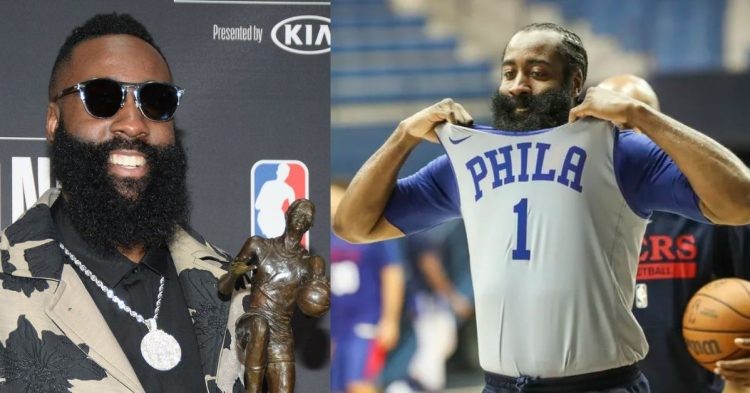 Several NBA analysts agree that James Harden is one of the most talented players in the NBA. Some even argue he is one of the best scorers in the history of the sport. There is certainly some truth to this as a “prime” James Harden was simply unstoppable during his time with the Houston Rockets.

NBA fans will remember what happened in the Harden situation. He felt he could not compete for a title on the Houston Rockets anymore and moved to the Brooklyn Nets. Additionally, he “quit his way” out of the Nets and then went to the Philadelphia 76ers.

Due to his age and injuries, Harden has now been considered a shell of himself. However, due to his supreme basketball IQ and passing ability, it makes sense to keep him on the court regardless. The 76ers star recently spoke out and made quite interesting claims on what kind of player he thinks he has become. We should want to know what James is talking about and whether there is much truth to it. After all, he has even taken a pay cut in order to make his team better.

While it might seem like an exaggeration, there is no arguing that the Beard needs the ball in his hands in order to really be effective on the court. Therefore, by default, he is considered a bad off-ball player and not a  defensive-minded player in comparison to the majority of players in the league. Nonetheless, he seems to believe he is the most unselfish player in the history of the league and deserves some slack.

“I’m one of the most unselfish players probably that this league has ever saw… For the past two and half years, it’s been a struggle for me because I wasn’t able to be who I know I am.”

Obviously, me being James Harden, I’m one of the most unselfish players probably like this league has ever saw. And you go into the situation with Brooklyn where you have KD and Kyrie they didn’t need me there to be a 30-point scorer. So basic facilitator finding ways to impact the game. I’m fine with that as well and then being traded here last here. Joel should have won MVP he was playing extremely well. So you can’t just come here and expect to average 30 points…”

Maybe Harden has a point. He has certainly been dealt a tough hand the past few years. It is difficult to go into a new team and be expected to dominate. Hopefully, he is able to compete for a title this year alongside his new teammate Joel Embiid.
Tags: James HardenNBAPhiladelphia 76ers
Previous Post