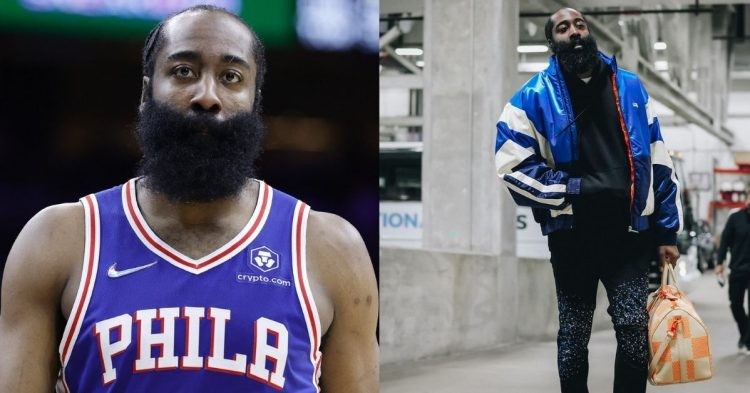 James Harden is one of the biggest basketball players in the world. The 76ers star has been one of the best players on his team this season. Despite missing a significant number of games, he has proven that he still has what it takes. The Beard averaged 22 points, 7.7 rebounds, and 10.3 assists per game this season. Quite impressive considering his age!

Harden recently moved from Brooklyn to Philadelphia but that didn’t stop him from making bags. He was the highest-paid player on the Nets roster in 2021.

When he was part of the team, the Nets were in the headlines many times for the drama they were involved in with Kyrie Irving. Reports at the time mentioned that Harden’s ambitions were bigger than just being part of a team that was going back & forth with a player.

What is James Harden’s net worth?

According to Celebrity Net Worth, the 76ers star’s net worth is expected to be roughly $165 million as of June 2022. He boasts a wide range of investments and assets throughout the country. Harden had purchased two lavish homes in Houston and Rivercrest. He paid $2m and $10m respectively.

If that wasn’t enough, Harden also holds shares in a few companies. BodyArmour is one of those entities. Coca-Cola purchased the company after he had invested in them. Moreover, he bought stakes worth $15m in the MLS team Houston Dynamo in 2019. The Houston Dash is also a team that Harden invested in. All of his business activities have helped his net worth reach a mammoth height.

Reports say that the American managed to bring home more than $44 million just from his Nets salary. Harden had the option to earn $47million this season with the 76ers. However, he decided to go for his ambition; the NBA title. This year, he signed a two-year deal with the Sixers recently. He took a pay cut to earn $34m per year.

Many appreciated his action as he wanted to give the board some breathing space in the financial aspect to build a proper team. Adding on, if he had signed the contract, he would have become the second-highest player in the NBA. That made his decision even more special for the Sixers fans.

How much has James Harden earned from endorsements?

There have been reports that said James was predicted to earn around $18 million from just endorsements. He had signed a 13-year deal for $200 million with Adidas. The deal sees him earning $15m per year. Harden also has brand deals with Beats, Stance Socks, BodyArmour, and many more brands. He remains to be one of the most influential NBA players. Although he has made questionable calls in the past, there is no doubt he deserves every penny he owns.