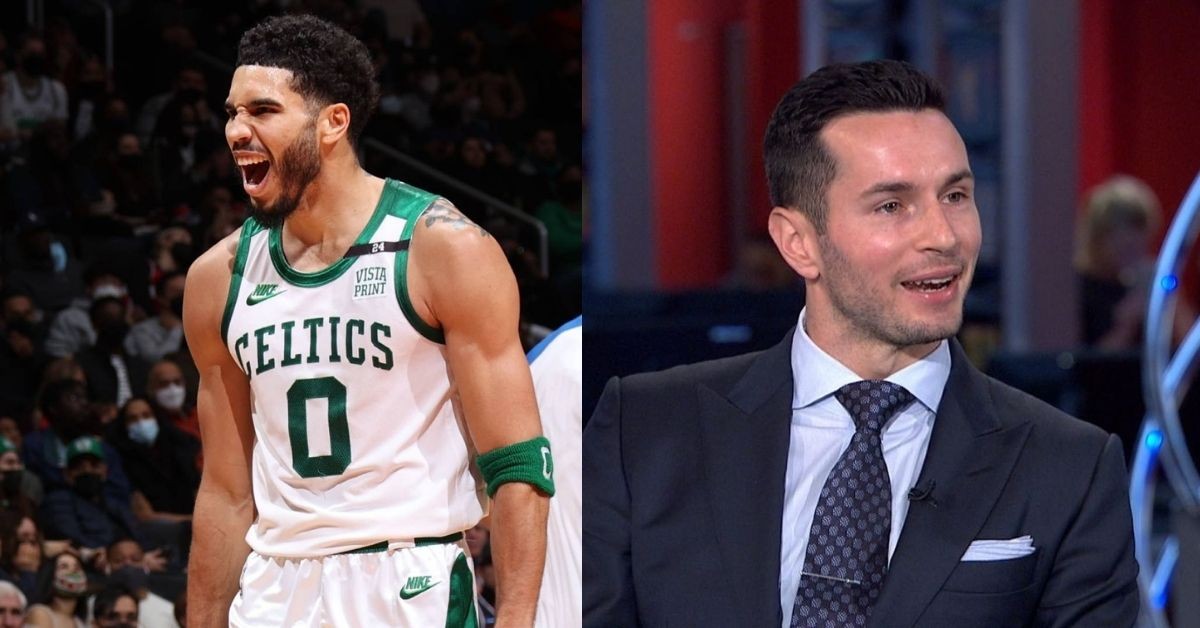 Jayson Tatum and the Boston Celtics are 3 wins away from the NBA Finals. The Conference finals are the closest this franchise has seen with Tatum and the current Celtics core.

As they approach the NBA Finals, JT discusses why the Boston Celtics failed in the past with ex NBA player and now ESPN analyst JJ Redick. However, he did not do this on the ESPN set and was instead, a guest on JJ’s youtube channel.

Tatum was drafted by the Boston Celtics. Therefore, he was always part of their core in success or failure. The Celtics also had Jaylen Brown. The future looked bright for this franchise with a young talented core.

However, NBA series are won by superstars and experience, not just young talent. Therefore, they always seemed one step short. The franchise wanted to put more pieces around their rising stars. Therefore, in 2018-2019, they traded for Gordan Hayward and Kyrie Irving.

Kyrie was an undeniable star and was welcomed by the team. However, Gordon soon had a horrible injury and was sidelined for the season. He was a player on a valuable contract. Therefore, Boston was eager to insert him back to get their money’s worth. This caused friction with the young Celtics core, who fought for their spots and minutes on the team.

JT was crystal clear. ” It was a combination of Kyrie and Gordan coming back… obviously know what Kai is capable off… but then you had myself and JB and terry and naturally we wanted more… we wanted to be the guys“.

Tatum explained how everyone was so full of themselves back then and wanted to be the top dog. However, it was Kyrie for his stay there, JT admitted. JT then became focused on being number 2.

Tatum then partially laments how the Celtics always came so close but never pulled through. However, he also wisely explained that perhaps in retrospect, his team would not have won the Finals even if they made it. Be that as it may, JT expects to lead the Celtics to a title soon.