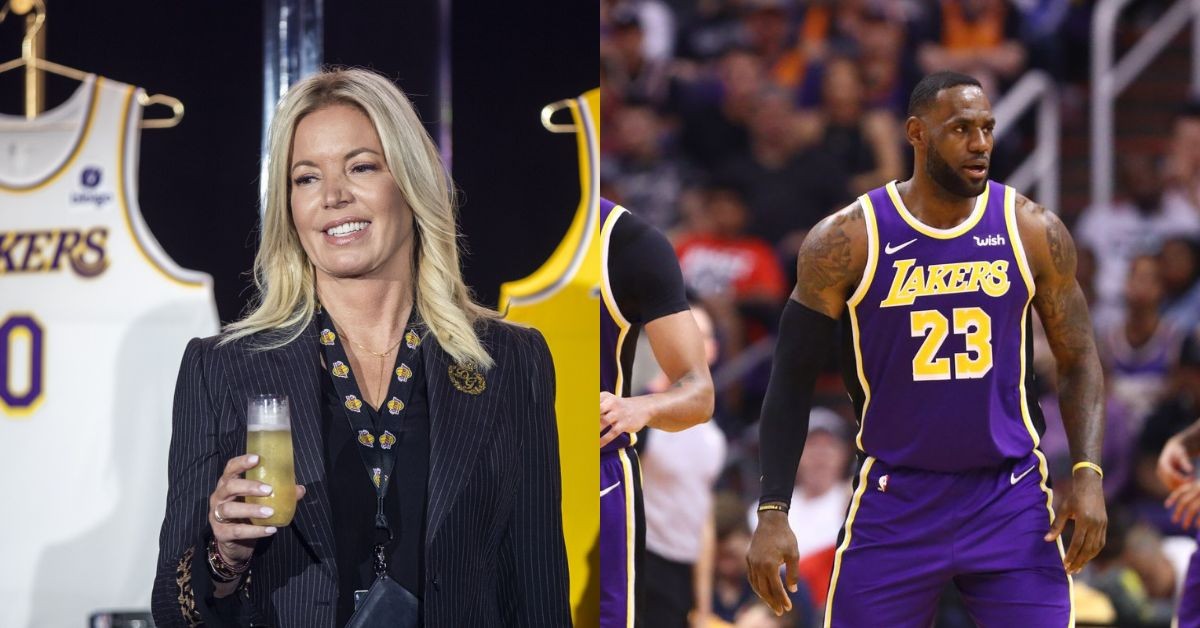 Jeanie Buss is the owner of the Los Angeles Lakers. She was questioned about LeBron James. she was asked whether LeBron actually played a role in management decisions. Rumors have surrounded LeBron being instrumental in both Russel Westbrook and Anthony Davis coming to the Lakers.

Anthony Davis helped win a title in the first year and was therefore considered a success. Russel Westbrook has underperformed and failed this season. Jeanie and Robert Pelinka ( vice president of operations) should have been in charge of Roster making.

One must wonder who had how much leverage behind closed doors. LeBron James is no ordinary player, at the mercy of his organization for his earnings.

LeBron James clearly had a say in all front office decisions

King James had won 3 championships with 2 franchises. Therefore, the Lakers view him as a great asset. One that could bring them back to greatness and relevance. They were desperate for a title following Kobe Bryant winning one in 2010.

The 4x champion definitely requested the Lakers to trade their young core for Anthony Davis. The Lakers lost Lonzo Ball, Brandon Ingram, and Josh Hart to get Anthony Davis. One could argue Ingram alone has been a better player than AD this season.

James and AD won a championship. This brought the Lakers back to relevance. However, they were eliminated the next year. This was by the Phoenix Suns. Therefore, they felt pressured to make a move.

The Lakers had many options and may have gone either way in the construction of the roster. LeBron wanted a guard to counter cp3 or booker. Therefore, they went with Russel Westbrook.

Bron, and Davis to an extent, must have been consulted regarding which player to bring to the team. Each star would involve changing the team style to an extent. They did so the first time and it led to a championship.

Jeanie said she’s responsible for the decisions the lakers make. This is absolutely true. However, it is highly unlikely that sole control over management decisions rested solely and undisputedly with her.

She appears to be lying to defend her authority as owner and protect LeBron James. It is also possible that he never directly insisted or used his position to influence the Lakers. However, it is extremely unlikely, if not impossible that the Lakers recruit a star without LeBron’s approval and involvement.

NBA Injury Report: Will Ja Morant Play in Game 5 Against the Golden State Warriors? | 11th May 2022