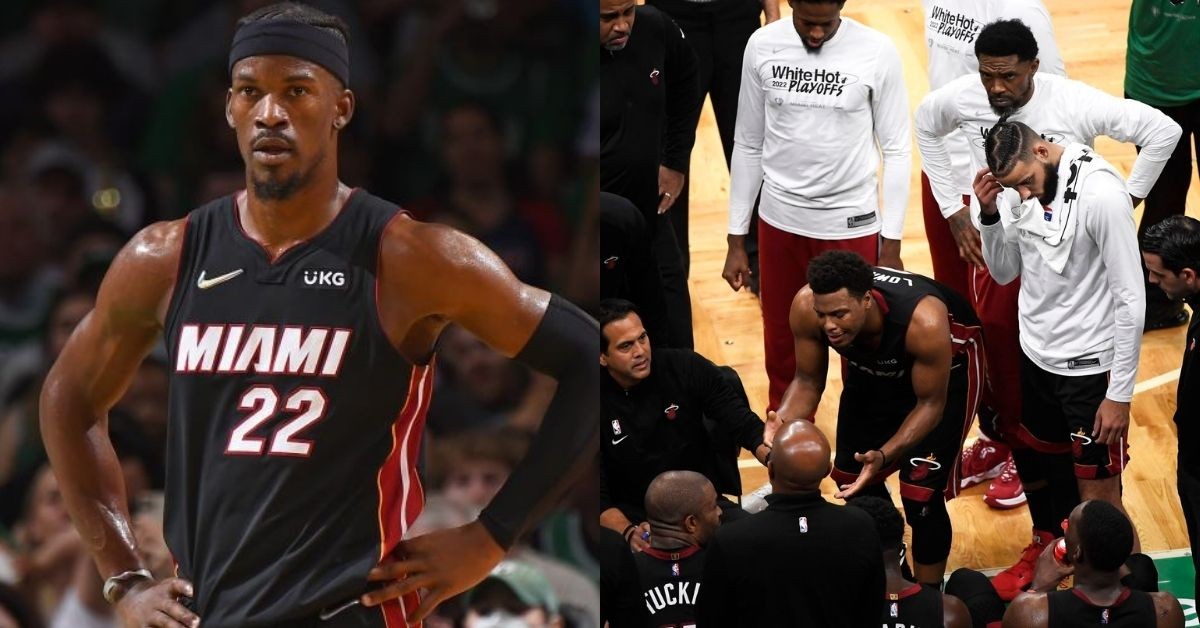 Boston Celtics managed to level the series at home with a blowout victory over the Miami Heat in Game 4 of the Eastern Conference Finals. The series is as tumultuous and unpredictable as it gets. Both teams are incredibly deep with something to prove after several unsuccessful postseason runs in the past.

After a long wait, Jayson Tatum and co defeated the defending champions to reach the Conference Finals. Miami Heat on the other hand is desperately waiting to shed off the ‘Bubble Fraud’ tag they received after the first-round knockout last season.

Miami Heat has a considerably long injury list so far in the series but Boston is failing to capitalize on that because of Jayson Tatum’s inconsistency. But the 24-year-old came up big last night to even the series at 2-2 before moving back to Miami.

The shorthanded Miami Heat had everything going against it Monday night. Tyler Herro was ruled out right before the game. Although Jimmy Butler leads them in scoring in the playoffs, Tyler Herro is an important offensive piece. He led the Heat in scoring all season long despite coming off the bench and won the 6th Man of the Year award.

In Game 4 all five starters had 18 points combined. At this point in the playoffs fans expect each starter to have at least 18 points but for them to score so abysmally low is concerning. It was the lowest-scoring game for a starting lineup in playoffs since 1971.

Game 4 is one to forget for the Miami Heat’s starting five. pic.twitter.com/B9Vp1Bb4Bc

In order to get rid of the ‘bubble fraud’ tag, the Miami Heat needs to step it up. Jimmy Butler has been exceptional so far in the playoffs casually dropping 40+ every other night in hopes of a title. Kyle Lowry and Bam Adebayo need to ramp it up on the offensive end for Miami to have a real shot at advancing to the NBA Final for the second time in three years.