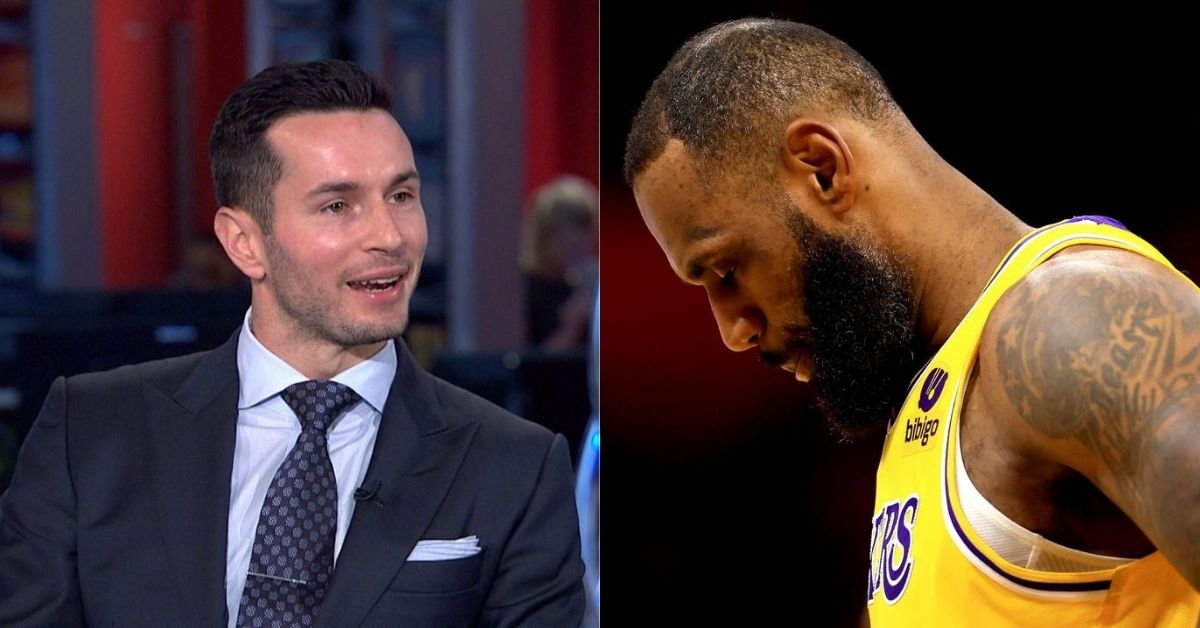 The Los Angeles Lakers experiment of Russell Westbrook, LeBron James, and Anthony Davis was a disaster. Their way of playing the game was so different that it did not fit. Injuries along with a weak overall team saw the Lakers missing out on a play-in spot. JJ Redick believes that the Lakers will not be able to contend this season, no matter who they hire as their head coach.

The Los Angeles Lakers finished the 2021-22 NBA season with 33 wins to their name. They were the 11th seed in the Western Conference. LeBron James and the Lakers got Russell Westbrook in the offseason and passed upon MVP candidate DeMar DeRozan for him. 3 ball-dominant players who needed the ball in their hands did not work on paper or on the court.

JJ Redick does not see LeBron James contending next season

LA needed to find a scapegoat to put all the blame on. And unfortunately for Head Coach Frank Vogel, he was fired. A lot of people were mad at this decision including Laker great Shaq. Frank Vogel had an NBA title with LA and made them one of the best defensive teams in the league. His firing was extremely uncalled for.

However, that means that the Lakers now have an opening for a head coach open. Rumors suggest that Mark Jackson could be the next coach for LA but nothing concrete yet. Phil Jackson has been helping the LA backend and has suggested things like trading LeBron and building around Russell Westbrook.

“That’s a good joke. It’s a good question if you’re joking around. Contention? The Lakers are not contending next season. That’s not going to happen…They are not going to be contenders. They are pretty much stuck next year.”

JJ Redick was passionate about this take. He also went on to say that the Lakers don’t have the draft picks, assets, money, and even the core that they do have do not fit together. Stephen A Smith believes that if they can hire a coach that is great at offense and is strong-willed, they could make the playoffs at least.

We know JJ to be a very high IQ sports analyst and what he is saying has more truth than LA can handle. Can the Lakers prove JJ wrong and contend next season?