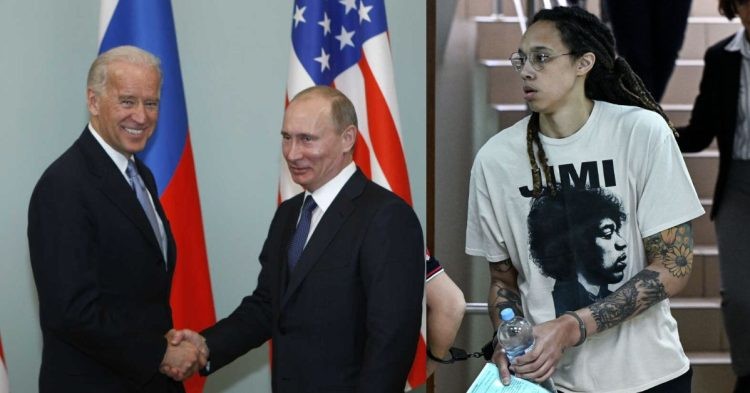 WNBA star Brittney Griner was arrested in Russia more than 8 months ago. She was charged with trying to carry concealed illegal substances through airport security. Despite denying intentionally carrying Marijuana vape cartridges and pleading guilty, she has been sentenced to 9 years in jail.

This is no small punishment and several prominent personalities voiced their support for Griner and anger for the situation she is in. Moreover, United States president Joe Biden seems to be quite sympathetic to Brittney’s plight. He recently released a statement on the same. One may wonder what he said and how it will be viewed by the rest of the world.

Both these powerful heads of state are expected to be present at the G-20 summit which is to be held in Bali, Indonesia. To those interested, the G-20, or “Group of 20 Summit” is an intergovernmental forum with 20 member countries that discuss issues related to the global economy.

The U.S president revealed that he would rather meet Putin to help facilitate the release of Brittney Griner. He would prefer that as opposed to discussing the current war between Russia and Ukraine. Additionally, he also stated that he wouldn’t even approach the subject of the war without the Ukrainian officials present there.

“Look I have no intention of meeting him. But for example, if he came to me at the G-20 and said I wanna talk about the release of Griner, I would meet with him. I mean, it would depend.”

Thus, the president concluded that the meeting would happen depending on what Vladimir Putin wanted to discuss. This makes us wonder whether Putin will engage in this discussion to force Biden to have a conversation he does not wish to have.

Coming back to Brittney’s plight, the USA has engaged in several talks and negotiations to facilitate her release. However, nothing seems to be working at the moment as both sides are yet to find a middle ground. Initially, there were reports that the Biden administration was willing to engage in a prisoner swap. That would involve sending Viktor Bout, a Russian arms dealer back in return for Griner.

Brittney Griner pleads guilty to drugs charges and faces up to 10 years in prison, per @Reuters.

Experts believe a guilty plea would likely be a requirement of any prisoner swap between the U.S. and Russia, according to @TJQuinnESPN. pic.twitter.com/vDsWtXQiiv

Be that as it may,  with the way things currently stand there is no certainty that a deal will be made anytime soon. We hope Brittney is doing alright and has been able to get through her punishment in peace.