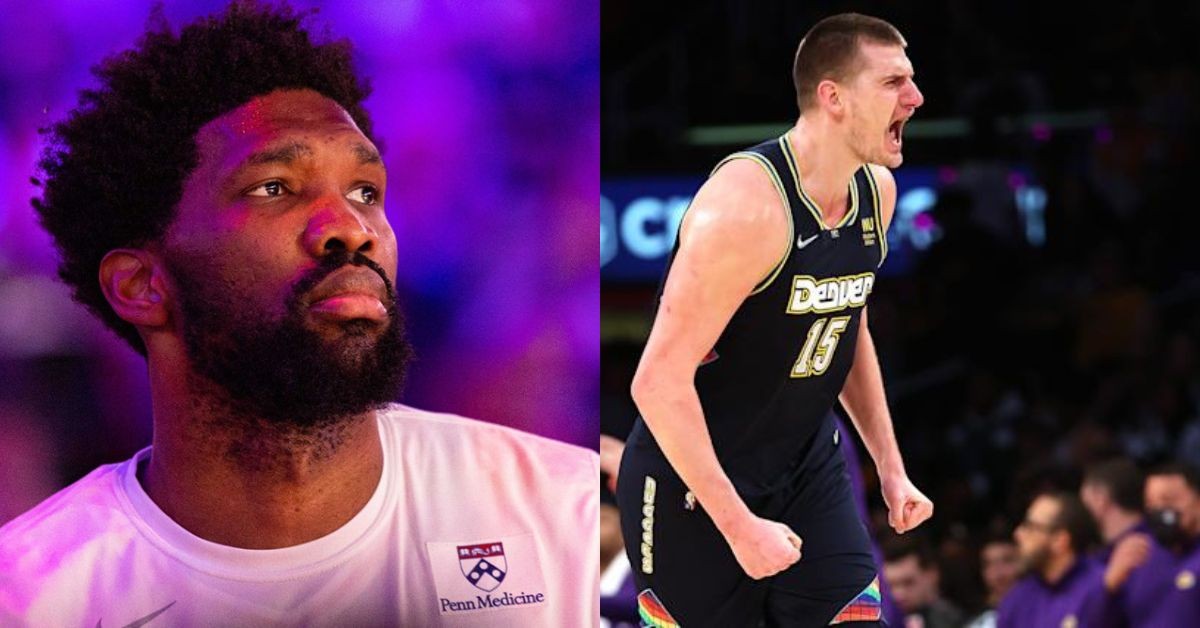 Joel Embiid lost his best chance to win the MVP. What hurts more is he lost to Nikola Jokic. The Joker was given this award for the second time in a row. The last person to record this feat was Giannis Antetokounmpo. Joel responded on social media and had a cryptic congratulatory message for Jokic.

Embiid and Jokic were both front runners for the MVP title. Embiid had once reportedly said “I don’t know what else I have to do” when asked about his chances at winning MVP. He clearly has mixed feelings about the results.

Joel Embiid believes it’s all about the “narrative”

Nikola Jokic has put up incredible numbers this season. However, Embiid’s numbers are no laughing matter either. The Joker won the Most Valuable Player award for two reasons.

First, Jokic has established himself as the best passing center in the NBA. The title of the most valuable player is highly symbolic of what he was to the Nuggets. A superstar with a high passing ability elevates the entire team’s play. Assisting is the one stat Jokic has Embiid, Giannis, and the entire field beat hands down.

Second, Jokic was completely by himself this season. He had no star help and role players underperformed. Therefore, the team relied on him more, and more possessions ran through him. The Brooklyn Nets or Lakers have so much star power that they need to share the ball with. Jokic would probably have twice as many assists if his teammates knocked down shots.

Joel Embiid speaks out on the MVP award 🗣 pic.twitter.com/s0PxOqS0O7

Joel Embiid knows Jokic was able to do better, simply because of the narrative. Embiid has James Harden on his team. Therefore, his usage and possessions were reduced significantly. Jokic had no star to share the ball with. He put up astounding numbers and carried the Nuggets to the 6th seed in the West. This was the main reason he won MVP.

Embiid knew the media and players would view Jokic as more valuable to his team. Additionally, this would give him a legacy similar to Giannis for his performance in the regular season. The Media would love to crown and hype a worthy contemporary to the Greek Freak.

These are some of the reasons Embiid halfheartedly congratulated Nikola Jokic for winning the MVP.