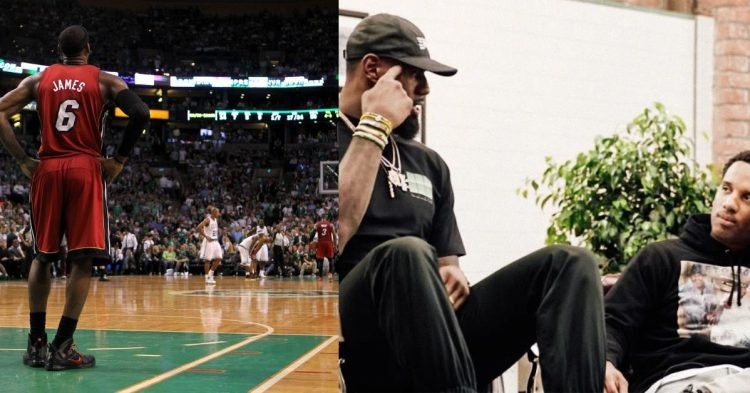 LeBron James is an unreal athlete. Throughout his NBA career, he has played at a high level and led teams to championships. Moreover, there has not been a single team he has been with that has not won a title. This speaks to his unreal ability to carry almost any NBA team through a conference.

The NBA superstar was asked about getting “in the zone“. This made him recall one of his greatest performances of all time. It is important to know what he had to say on this topic.

It is crucial to break the stereotype that athletes are not intellectual. Award winner Daniel Kaluuya described how he had the ability to go off script and have a near out-of-body experience. He explained that this was when he performed at his best. LeBron was then asked whether this was something that occurs in sports as well.

” I was about to say we call that being in the zone. You wish you could tap into that sh*t more often. When it happens you have no idea what the f**k is going on. You just trying sh*t that you never even tried before, like silly sh*t. That game I had in Boston Game 6, down 3-2, it got to a point where I was out there just trying sh*t. One leg of the wrong foot., bump fades off my right shoulder… I’m not even a right-shoulder bump-fade guy“.

LeBron was further pressed by his captivated audience to how he knows if he is in the zone. Additionally, they asked him at what specific time he would know.

” I mean, I think I started a game 8 for 8 and every time I was shooting it just felt so perfect and it was barely touching the net, like going straight through like a bird just goes straight through the water.”

The 4X NBA champion’s words are quite interesting to analyze. Additionally, very few birds can actually dive through water. Just like few athletes have the capacity to “enter the zone“. This is quite a fitting analogy.